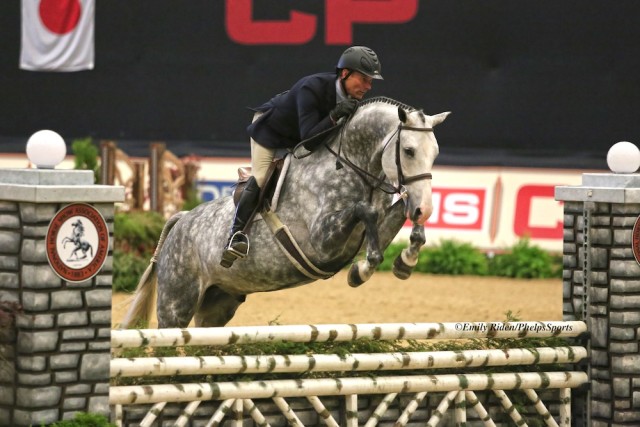 Going on right now at the KHP!

Few horse shows have as long and storied of a past as the National Horse Show, taking place right now at the Kentucky Horse Park. Originally held at the (first) Madison Square Garden, the show kicked off in 1883 and has been held annually since — though the location has moved all over the East Coast.

From the beginning, the show was meant to attract the elite in the sport — the original National Horse Show directory of directors and members was actually used as the basis for the very first New York social register, to give you an idea of who was involved. In 1890, the show moved camp to the second Madison Square Garden and then eventually on to the third in 1926. After the 1980s, the show moved about, including a brief stints in The Meadowlands, New Jersey; Wellington, Florida; and Syracuse, New York. The show briefly returned to Madison Square Garden, but in 2011 it found a new and more permanent home at the Kentucky Horse Park.

Now known as the CP National Horse Show, the week-long event welcomes hunters and jumpers from the highest levels of the sport, with the best-known events including the ASPCA Maclay Horsemanship National Championship, for junior equitation riders, and the Longines FEI World Cup show jumping event.

You can watch the National Horse Show over live stream via EQ Sports Net. The show runs October 27 through November 1; click here for a full schedule.