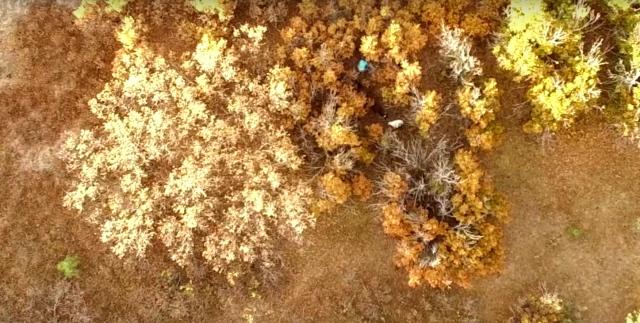 Drones, as it turns out, aren’t just the fancy and expensive toys that we maybe were thinking they were: they’re a useful tool for video companies, of course, but in this story, a drone became a lifesaving device for a horse in a sticky situation.

The horse, aptly named “Houdini,” was an aged horse who had gone missing from the central ranch. Due to the dense brush in the pasture, his owners couldn’t find him — at one point, they estimated that they were just a few feet away but the horse remained invisible. Houdini had somehow managed to get hung up on the property’s fence, unable to move.

Word reached the Multicopter Warehouse, who had just the tool for the job — a drone outfitted with not only a regular video camera but an infrared heat-sensing camera as well. Within just a few minutes, the drone had Houdini located.

While Houdini was rescued just in the nick of time before his injuries and dehydration grew any more severe, he is expected to make a full recovery. His family is grateful for the piece of technology that saved their beloved horse’s life!