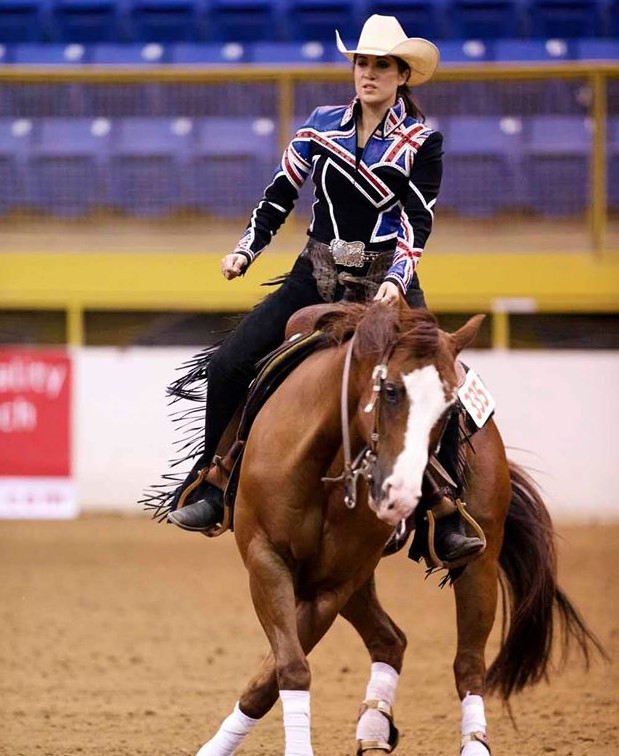 Compared to other equestrian disciplines, where the international scene is just another day in the life of the world’s top competitors, reining has been mostly a North American game until recently. The American-born sport has been gaining popularity faster than any other disciplines in Europe, with Germany, Belgium and Austria in particular all stepping up to the plate. However, other than the World Equestrian Games, there aren’t a lot of opportunities outside of continental divisions to compete internationally.

But The International, an annual competition in Denver, Colorado, seeks to change all that. When Denver hosted the FEI World Reining Masters in 2006, the International was born in an effort to attract riders from all levels, down to the short-stirrup and “grassroots” non-pro groups.

This year’s competition, held September 23-27, 2015, welcomed contestants from all over the world — the CRI3* International class welcomed Eric LaPorte of France, who showed two entries; Jessica Sternberg of Great Britain (resplendent in that killer Union Jack shirt that we all coveted at the 2014 WEG); and Morocco’s Khalid El Khoumsi, whom you might remember as the guy we loved back in Normandy who couldn’t resist grinning the entire time he was showing because he was having the ride of his life.

Sternberg finished sixth aboard Shiners Chic with a score of 218.5; LaPorte placed ninth with a 214 on Star Trek Tag and eleventh with a 212 aboard Whiz It Dunnitt. El Khoumsi, catch-riding a borrowed horse, the former champion Mr Awesome Affaire, finished thirteenth with a 203 in his first-ever International in Denver.

As reining continues to grow in international popularity, it will be exciting to see the sport grow to the kind of global phenomenon enjoyed by dressage or show jumping. If the success of reining at the WEG is any indication, things are only going up from here.