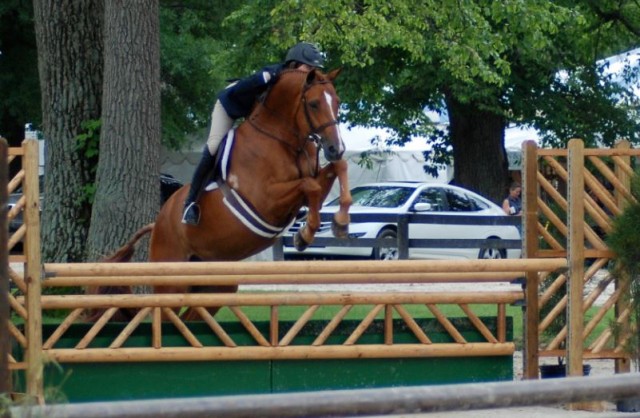 Maclay Finals are coming up at the end of the month … are you ready?

The ASPCA Maclay National Championship is coming up at the end of this month at the CP Horse Show in Lexington, Ky. Talented young riders from all across the country have worked hard all year to accumulate points for the big championship.

Many eyes will be on last year’s winner, Tori Colvin, who has already been pretty dominant in all three rings this year. She’ll have plenty of competition, though, as the Maclay Finals never hurt for lack of entries.

We dug up this video of the final round of last year’s championships: the equitation ride off. In this round, the two top finishers, Tori Colvin and Hunter Holloway, were required to swap horses and ride a course for the win. Check it out:

It would be pretty nerve wracking to get on someone else’s fancy equitation horse … while these kids make their horses look pretty straightforward, you have to feel like not every horse is as easy as it looks to ride. And to get on in the biggest moment of your Big Eq career and traipse around like you own the horse? Pretty awesome.

We’re wishing all Finals riders luck as they put in their final preparations for the big show on October 31. Stay tuned for more from Maclay Finals later this month!