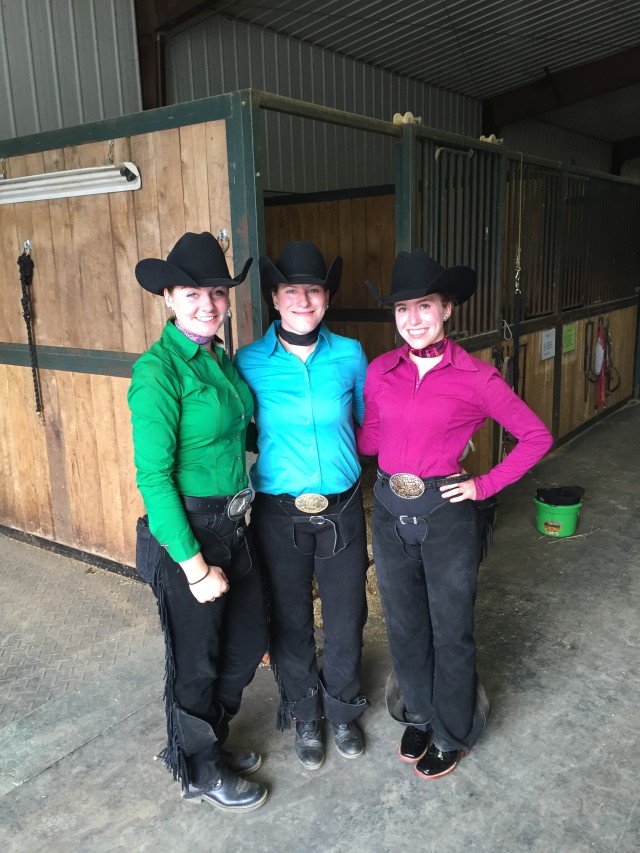 This past weekend marked my IHSA debut — we hosted two back-to-back western shows on Saturday, and I was lucky enough to be able to ride in both. Having shown in the Interscholastic Equestrian Association for four years as a high school rider, the format of the show wasn’t much different for me, but it was new and exciting nevertheless.

For readers who may be unfamiliar with the format of IHSA (Intercollegiate Horse Shows Association) shows, several colleges meet for shows to compete against each other both as individual riders and teams. In our region, we at Alfred University host all of the western shows due to having the best-suited horses and facility in the area. Riders are separated into divisions based on prior show experience, and each rider is randomly assigned a horse to ride among the school’s herd. This is a way to level the playing field — riders’ horsemanship skills are tested as they have to ride a potentially-unfamiliar horse.

Since all of our shows are at home, it’s an early morning for the Alfred University team — we arrive at the barn first thing in the morning to prepare for the show, help all day, and then clean up when it’s over. But in my opinion, it’s a small price to pay for being able to ride the school horses, use the facility, and be instructed by such excellent coaches.

Haley and Cliff in the line-up.

In the morning show, I drew a horse named Cliff, a fancy show horse with more experience at winning than I will ever have. Despite a few minorly-butchered transitions on my part, our ride went well and we ended up winning the class (I give Cliff the vast majority of credit for that). Alfred ended up being the high point team for the entire show, and we went into the second show with high spirits. In the second show, I drew Cliff again and came out with another blue ribbon (after which I thanked him profusely for carting me around twice in one day). The team ended up second place overall for the second show.

The season is off to a great start, and I can’t wait to continue improving under my coaches’ guidance!