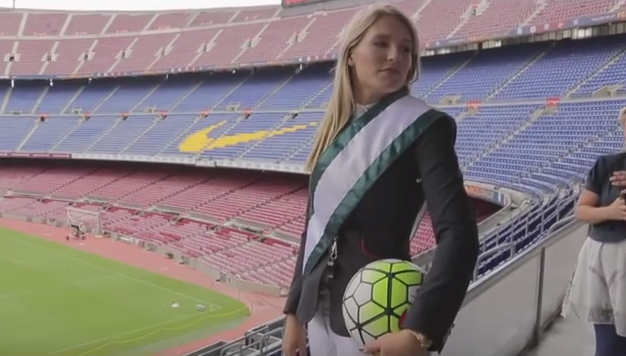 The actual Final took place at the neighboring Real Club De Polo de Barcelona on September 24-27, but when in Barcelona…

World football giants FC Barcelona welcomed Equestrian sport to its iconic Camp Nou home-ground in a remarkable venture, allowing for a unique look and set-up inside the players tunnel with some of the world’s best riders.

Walking down the players’ tunnel that has been graced by superstars like Barcelona heroes Lionel Messi, Neymar and Andres Iniesta and be pitch side where some of football’s most memorable action has unfolded, proved an awe-inspiring occasion.

What an amazing experience, to be overcome with excitement and emotion, being welcomed into the FC Barcelona stadium, not long before Barcelona and Catalonia welcome the world’s best jumping riders and thousands of equestrian fans to the Polo Club right next door.

And some behind-the-scenes footage:

You guys sure know how to make an entrance!

So… who ended up with the win?

Check out more coverage of the Final here.