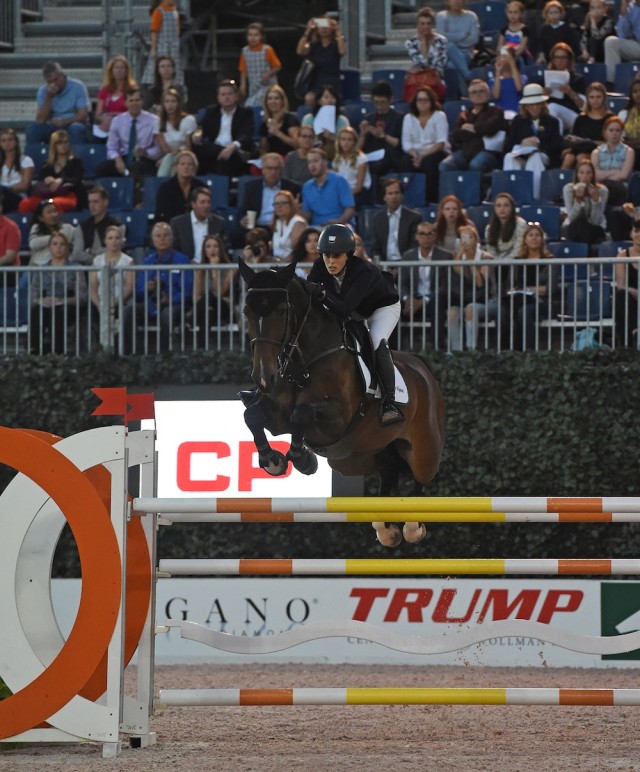 Winner of the CPHS Under 25 Grand Prix.

Photo by Josh Walker for The Chronicle of the Horse.

Last weekend’s Central Park Horse Show welcomed top riders across several disciplines, including dressage, hunters and jumpers as well as an Arabian breed show. Horses strutted their stuff beneath the impressive Manhattan skyline in an arena built just for the show within the world-famous Central Park. Only in its second year, the Central Park Horse Show offered an expanded schedule from the 2014 edition, including inaugural U.S. Open classes in all of the featured disciplines.

One such brand-new class was the U.S. Open $25,000 Under 25 Grand Prix, open to riders under the age of 25 and intended to be a transition from the juniors and amateurs into the Grand Prix level. This class culminated in a four-horse jump-off, and when the first three riders each dropped rails, the class was wide-open for Nicole Bellissimo aboard her eight-year-0ld Dutch Warmblood gelding Harley David to go clear for the win.

Bellissimo’s victory kept it in the family: her father Mark is the CEO of both the International Equestrian Group and Equestrian Sport Productions, which produced the U.S. Open series as well as the Under 25 series. As Mark Bellissimo stated, according to a press release:

I’m very proud of all three riders, but especially proud of the winner. As a father thinking of the strategy, you know there were no clear rounds so I thought she would go slow, but she took some turns that I wouldn’t have taken. That’s why I’m sitting in the stands and she’s not.