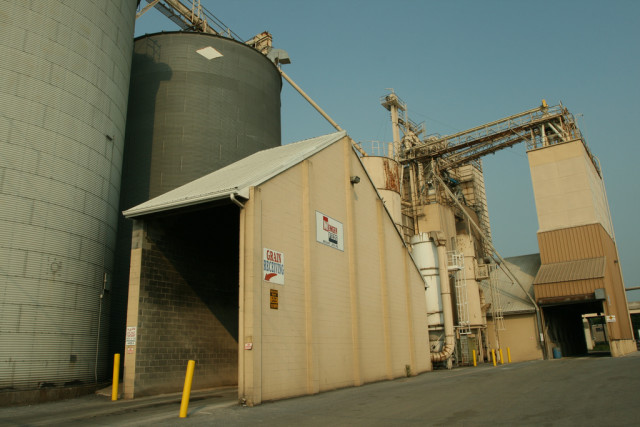 A feed recall from Western Milling in Goshen, California came too late for Black Fence Farm, where five horses have already died from eating grain tainted with monensin.

Monensin toxicity is once again making headlines in the horse world as Western Milling of Goshen, California issued a feed recall on September 25. The voluntary recall came after the company was notified about the deaths of several horses who had eaten its Western Blend; the recall affected 1,100 bags of which 67 had not yet been reclaimed. The tainted batch had been manufactured on September 8, 2015 and may have been sold throughout the month of September; the 50-pound bags were all marked LOT 5251.

Unfortunately for Black Fence Farm, the recall came far too late. The horses who had already died from ingesting the recalled grain first showed signs of distress in mid-September; veterinarian Troy Ford was first called to the farm on September 19 to treat horses who were either down and could not rise, were wobbly on their feet, or could not eat — all signs of monensin toxicity, among other illnesses. While initially Ford was concerned that the symptoms were caused by a contagious disease, necropsies performed on two of the dead horses showed that they died of heart failure. As Black Fence Farm’s feed and water were tested, Ford was notified that monensin had been discovered in Western Milling’s feed.

Monensin is a widely-used ionophore, or a class of feed additives that can assist in weight gain and feed efficiency in poultry and cattle. However, monensin is highly toxic to horses, causing any of the following symptoms depending on the amount ingested: poor appetite and feed refusal of feed, diarrhea, weakness, rapid heart rate, labored breathing, decreased exercise tolerance, depression, wobbly gait, colic, sweating, recumbency and sudden death. Even if a horse recovers from initial toxicity, heart damage is permanent and often the horse cannot return to work.

Ten other horses at Black Fence Farm showed signs of monensin poisoning as of Tuesday evening, and all forty-four horses on the property are being closely monitored for symptoms.

This video includes a statements from the farm owner Katie Flanigan as well as Flanigan’s attorney Andrew Yaffa, courtesy of ABC 30 Action News:

The video alludes to monensin as a “nationwide epidemic,” and while that statement is a bit hyperbolic, there have been more and more headlines about monensin making its way into horse feed in the past year. Early this year, contaminated feed from ADM Alliance Nutrition was deemed responsible for the deaths of over 20 horses in South Carolina and Georgia, right on the heels of another feed recall from Lakeland Animal Nutrition from November of 2014.

It’s interesting to note that in the case of Lakeland’s November recall, the feed had been manufactured from September 8 through October 8. The first reported equine deaths were on October 15. If there’s any bright side to this current case in California, it’s that the recall came quickly on the heels of the first reports of toxicity symptoms.

However, the fact remains that Black Fence Farm is in the unenviable position of waiting helplessly to see if any more horses fall ill. It’s terrifying to think that the most basic act of feeding our horses could be the very thing that makes them ill. Keep your feed tags with identifying serial numbers and know where your feed is coming from.

Our hearts go out to Katie Flanigan and Black Fence Farm, and we send best wishes for the recovery of the rest of the herd.