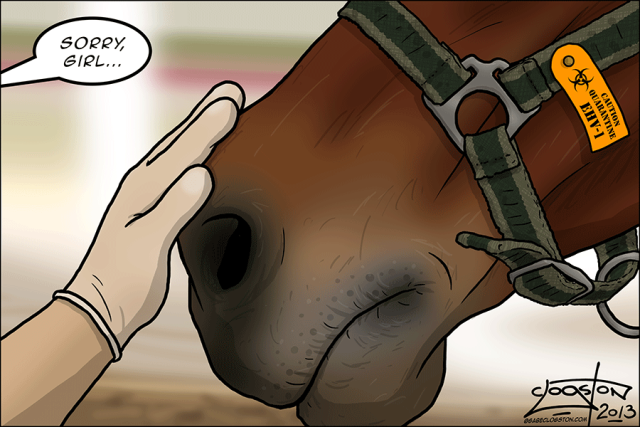 A horse euthanized Friday at the Minnesota 4-H State Horse Show with EHV-like symptoms didn’t have the deadly Equine Herpes Virus according to tests. 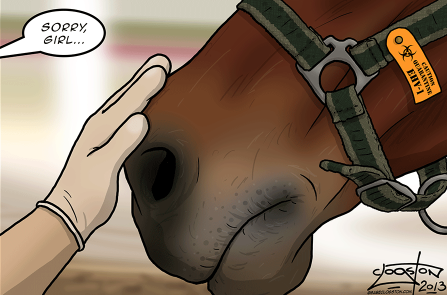 Used with permission from Gabe Clogston.

The horse in question became ill during the show at the Minnesota State Fairgrounds with symptoms consistent with Equine herpes virus, a disease that is highly contagious.  The horse’s neurologic symptoms spread fears rapidly, leading to the cancellation of events and owners being asked to quarantine their horses.

All horses at the show — somewhere around 640 — were then ordered into quarantine for a minimum of three weeks, with their temperature being taken two times a day.

That quarantine has been lifted with the negative test results, announced 4-H fair director Brad Rugg. Rugg told the St. Paul Pioneer Press, “We know that you join us in extending our sympathies to the 4-H member and her family who lost their beloved horse last weekend.” Tests were inconclusive on what did cause the horse’s neurological symptoms.

For more information about the symptoms and treatments of Equine Herpes Virus check out this past HN article.