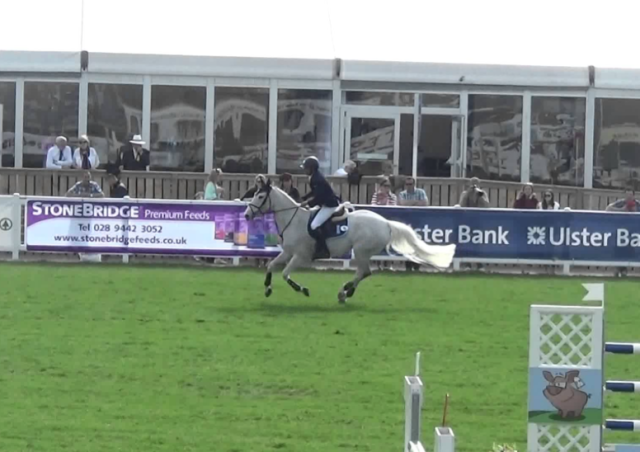 Jennifer Gates (you know, Bill Gates’ daughter) has a brand-new ride. Pepperpot, a 13-year-old grey mare raised by showjumper Joanne Sloan-Allen, was originally sold to Eric Lamaze in Florida. Belfast Telegraph reported, “She was bought for more than $1m by Caitlin Ziegler from quarantine. Ziegle later decided to give up jumping and rider Tiffany Foster took her over. Pepperpot was then jetted back to Florida, where Gates is based.”

Pepperpot is listed as an Irish Sport Horse by Heritage Fortunus out of Kilkenny Trup.

While at Sloan-Allen’s Sycamore Stables, Pepperpot was ridden by Joanne…

It was at Spruce Meadows that Gates first spied Pepperpot. Sloan-Allen told the Belfast Telegraph, “Jennifer plans to compete her in Florida, but as she will be studying in Stanford, Pepper will have a relaxed life being pampered and spoiled as there are only so many shows she can do during term time.” It was also divulged that Jennifer may be interested in buying a relative of Pepperpot in the next few months.