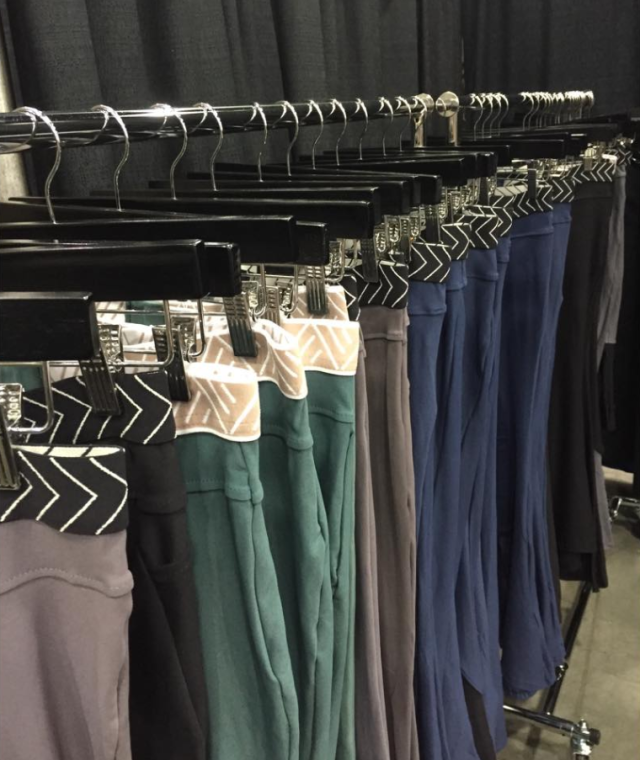 Riding is a sport. So why don’t we dress like it?

There are people out there who would argue that riding isn’t a sport. “The horse does all the work! All you have to do is sit there!” But I’m pretty sure five minutes alone on a horse like my own, who has zero tolerance for ineptitude, would shut them up fast.

Unfortunately, this narrative isn’t limited to folks on the outside looking in. I’m not sure that the horse industry at large has fully received the riders-as-athletes memo — particularly when it comes to apparel.

While other sports are on the cutting edge of high-performance fabrics and design, we equestrians are still running around in clothes that would be at home in a vintage British foxhunting painting. Honoring tradition is fine and good, but it doesn’t always go hand-in-hand with comfort or function.

Slowly, however, equestrian apparel designers seem to be catching on. For example, Autumn Harrier. During her many years of training both as an amateur and a professional, Autumn discovered that there was a real gap in her sport’s clothing market between everyday needs and show ring traditions. Why were we still riding around in hot, stiff, bulky breeches when the rest of the sporting world had moved on to gear that looks and feels as good as it performs?

“We like to say equestrian = sport because at Alympic that is exactly what we believe. Just like our equine partners, we as equestrians are athletes. We train hard, work hard, and ride hard. Shouldn’t our clothing stand up to those same demands?

Exhibit A: Alympic’s lineup of performance breeches and jods. This summer I had the opportunity to test drive a pair of the Signature Breeches, updated for 2015 with a new LUX fabric in custom colors like palm, apple and stone.

I went for the black ones (slimming!) with a cute custom patterned elastic waistband.

I was in love from the moment I pulled them on. The fabric is 88% nylon and 12% spandex but it has the look and feel of cotton, figure-hugging soft and smooth. The low-to-mid rise is spot-on and there are thoughtful features at every turn: an ankle sock sleeve that eliminates Velcro and button closures, stretch synthetic suede knee pads and — my favorite! — a right hip pocket that’s actually deep to securely carry my iPhone. I know it’s just a pocket, but if you’ve ever watched your expensive smartphone sailing through the air as you canter along, you can relate to my excitement.

Summertime in the south is hot, humid and frankly miserable, so I was able to put the breeches’ moisture-wicking abilities to the brutal test. And wick they did, drawing perspiration outward rather than trapping it against my skin. One-upping some of my own gym clothes, they even seemed immune to “the stink.” (Don’t act like you don’t know “the stink.”) Back at home, they’re totally low-maintenance: machine wash cold, hang or lay flat to dry.

In the saddle, these breeches will make you wonder what you’ve been doing all these years, screwing around with breeches that gap in the back and stab you in the front every time you fold over for a jump. The Signature Breech moves with you rather than against you, and the fabric has just enough “tack” to you give you a little grip. They also have a bit of compression for muscle support, which really makes a difference at the end of an epic jump school or long cross-country course.

Being a horse person, you spend at least the same amount of time out of the saddle as you do in it — if not more. I love how comfy these breeches are for romping around the barn and doing chores.

Yeah, we equestrians lift weights too.

Honestly, they’re so comfortable, I feel like I could wear the things out for a run or to yoga class. Maybe just some barn yoga.

My poor horse just doesn’t even pay attention to me anymore.

I’m an athlete. You’re an athlete. As Alympic Equestrian puts it: “Riding is a sport. Dress like it.”

The 2015 Signature Breeches from Alympic Equestrian are available in size XS through L, with either a regular inseam (33”) or long inseam (36”), and have a retail price of $80. Colleen Peachey over at Eventing Nation recently checked out the Barcelona Breech — you can read her review here — and Alympic also carries a gorgeous line of saddle seat jodhpurs as well as youth styles. Be sure to follow Alympic on Facebook as well!