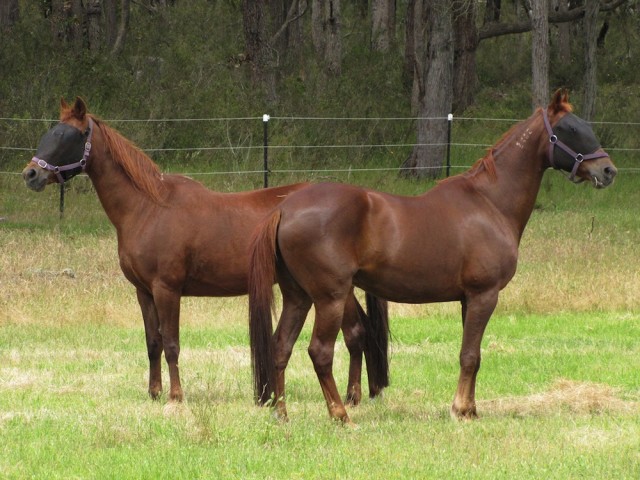 Modern science offers us more possibilities than ever — but not without its ethical and emotional complications. What role can cloning play in the world of modern horse breeding?

Our sister site Eventing Nation recently ran an article, “Catching Up With Che Mr. Wiseguy’s Clones,” which followed the development of three four-year-old clones of the great eventing gelding Che Mr. Wiseguy. The clones, all colts, are destined to remain stallions — one has already been bred. The colts have all started training to begin their own eventing careers.

They’re certainly not the first clones to grace the sporthorse world, though they’re the most recent to make headlines on EN: the great Irish show jumping stallion Cruising has two clones and William Fox-Pitt’s fantastic and now-retired mount Tamarillo (a gelding) has a clone named Tomatillo. Gem Twist has a clone (wittily named “Gemini Twist”) as does another show jumper, Sapphire. These are just the most high-profile examples; cloning is beginning to become more common though the $80,000-plus pricetag for the process still makes it fairly rare.

Clones are identical genetic copies of the donor, though some individual characteristics such as height and markings may differ — while clones have the same genetic material, the expression of those genes can vary. Most breed registries in the US do not accept clones, though those animals can be registered and compete through performance-based organizations, such as eventing, show jumping, cutting and rodeo. The FEI changed its rules in 2012 to allow clones to compete.

Even if a horse starts with the exact same genetic material, however, there’s still no guarantee that it will be just as athletic and talented as its donor. There’s also the environmental and training factors that affect a horse’s development.

So with so many variables, why bother cloning at all? In many disciplines, the greatest athletes are geldings, unable to make any further contributions to the development of their breed. Cloning these geldings — such as the cases of Che Mr. Wiseguy and Tamarillo — allows the genetic material to be reproduced in an animal that can then pass those genes on to offspring. So while the clone itself isn’t “moving forward” genetically, it could be considered a sideways step in the road onward towards producing better horses.

Still, how much of a horse’s greatness is genetic, how much is training, and how much is some mysterious “x factor” —  things like grit, heart, try and the other less-quantifiable elements that are undeniably part of the greatest in our sport?

Within any discipline, there are the horse-and-rider combinations that are simply magic: they climb the ranks and rack up title after title, and watching them is like seeing poetry in motion. We hope the partnership never fades. But if the same horse were able to be cloned in the hopes of continuing that partnership through a living copy, wouldn’t we also feel a little cheated? Isn’t that just a reality of the sport, that every team must someday come to an end? Or should the greatest champions live on in genetic copies of themselves, so we can always have a “piece” of them in the show ring?

Weigh in, Horse Nation! Where do you stand on the cloning debate?