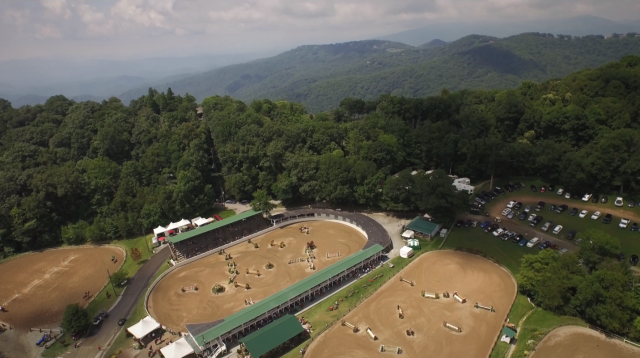 Drones, you’ve come a long way: what was once considered the stuff of science fiction has now become the tool of the video artist. Case in point: this hunter round from Blowing Rock Horse Show.

Many of us already see a good performance by any horse in any discipline to be a work of art on its own — but this creative drone-camera angle, combined with a little video editing and a dramatic soundtrack, elevates a simple horse show scene to a true work of elegance:

From the video description: “Maryann Charles, a rider from Southern Pines, NC allowed us to experiment a new way to film horses and their riders. No one was sure how the horse would react to a drone following behind but Maryann was willing to try it out. Under close supervision of former rider Maurice Ewing and many others at Blowing Rock Equestrian Preserve we were able to shoot an entirely new perspective with no abnormal reaction from the horse.” (We find it amazing what horses will and won’t choose to spook at!)

The Blowing Rock Horse Show takes place at the Blowing Rock Equestrian Preserve, an exquisite facility set in the mountains of North Carolina (hence dramatic and beautiful scenery in the background of this video.) With seventeen barns and three arenas, the Preserve is open May through October for long-term boarders as well as the historic Blowing Rock Charity Horse Show.