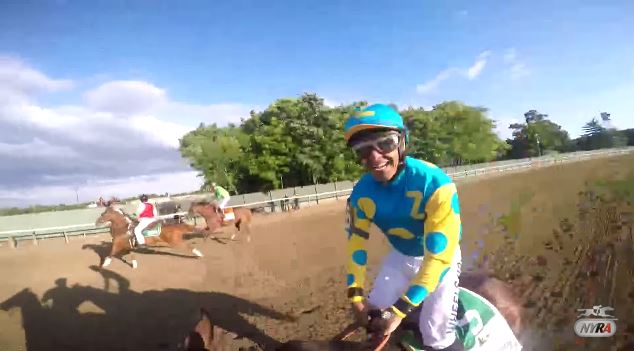 Get out those dancing shoes, Victor!

Victor and Miguel’s euphoria after American Pharoah wins the Belmont and Triple Crown.

Now this is a season of DWTS that I can get on board with! The lineup for Season 21 (wow, has it really been that many?) is starting to trickle out, and Victor was announced as a cast member this week.

How adorable is he? Come on now. While he’s preparing to get back up on American Pharoah this Saturday for the Travers, Victor will also be practicing his salsa in front of the mirror — the guy sure does know how to stay busy!

It’s really neat to see someone in the equine industry garnering public attention like this. As much as many may dislike the mainstream media, you have to admit that this is great exposure for all equine sports. Now, if we could only get his four-legged dancing partner on the stage, that would be something to see!

Dancing With the Stars will premiere on ABC on September 14 at 8 p.m. EST, so go ahead and set those DVRs now! We can’t wait to see Victor bust some moves on that dance floor!