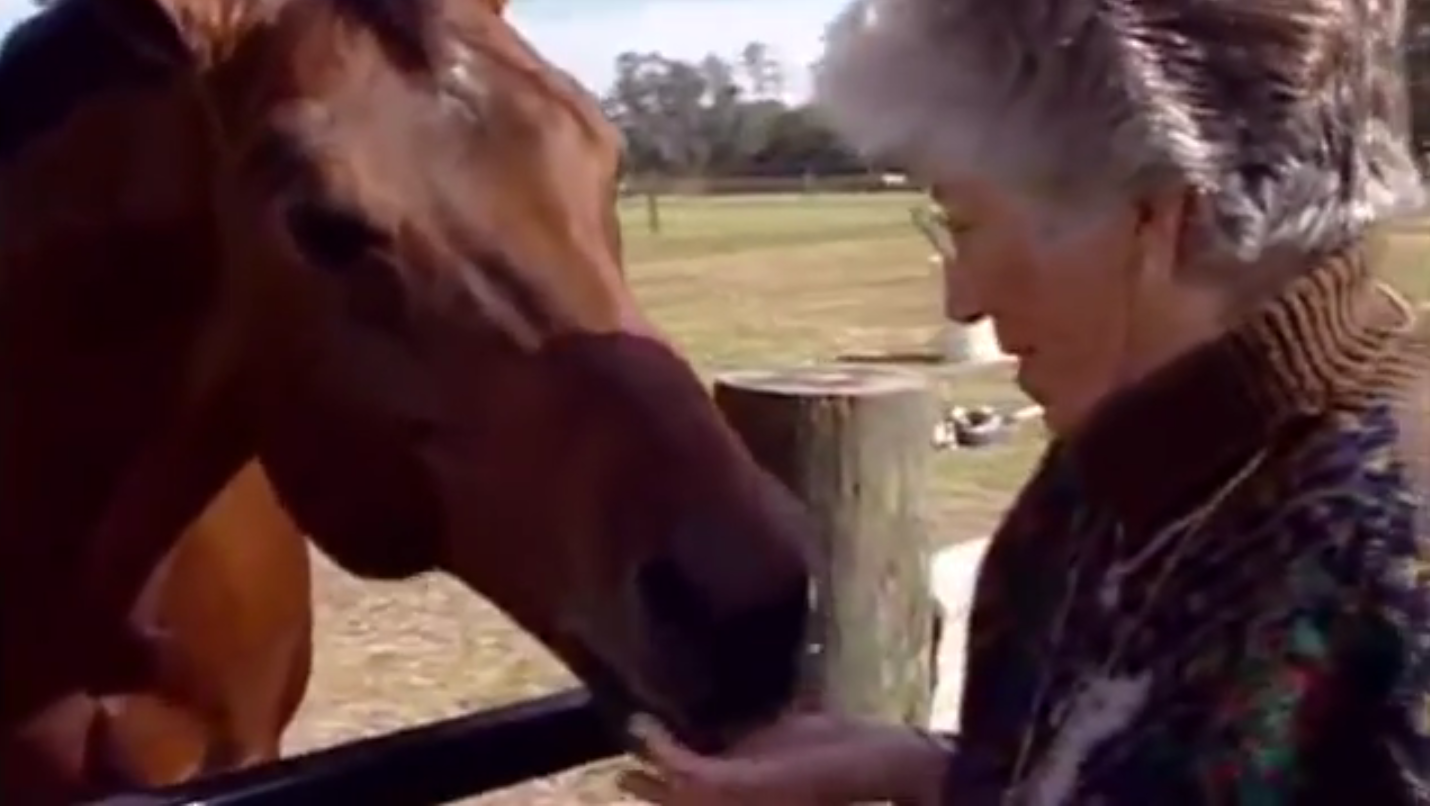 Lifelong owner Carol Harris, a living legend of the AQHA industry herself, recently offered all of the stallion’s trophies, memorabilia and iconic statue to the Florida Horse Park.

Arguably one of the all-time greatest Quarter horses to leave his stamp on the industry, Rugged Lark was the first stallion to win two AQHA Superhorse all-around titles, as well as sire two more Superhorses. While his show career — varying from western pleasure to jumping to driving to reining — as well as his stud career are enough to make any horse lover’s head turn, it was his remarkable presence and character simply as a horse that truly won a nation’s heart. His bridleless demonstrations with trainer Lynn Palm became the stuff of legend. Though the stallion passed away in 2004, he left an undeniable train of champions in his wake in multiple disciplines, all marked with his good nature and athleticism.

His lifelong owner Carol Harris, known for her unwavering support of good horsemanship and equine welfare within the AQHA world, recently turned up at a Florida Horse Park board of directors meeting, where she stunned the board by announcing that she intended to donate all of the stallion’s collected trophies, assorted memorabilia, the iconic bronze statue that marks the horse’s resting place on her Bo-Bett Farm, and even licensing rights to the horse’s name and image. In Harris’ mind, the horse was such a public figure — he toured the country, meeting literally hundreds and hundreds of fans and letting them pet and hold him — that the public deserved to enjoy his legacy at the still-developing Ocala horse park.

This video explains Harris’ decision to donate and highlights some of Rugged Lark’s greatest accomplishments:

While not set in stone, the board discussed naming the park’s indoor arena after Rugged Lark. Such a tribute would be only fitting to one of Ocala’s own, as well as to the dedicated owner who calls central Florida her home. As Harris stated in an article from the Ocala Star Banner, “I’ve been here for 50 years now, practically. I’ve appreciated it so much. The people, the friendliness and opportunity that this beautiful area has given me; I wanted to do something because, hell, I’m 92 now.”

We salute Harris’ spirit of generosity and her lifelong devotion to horses. Go riding!