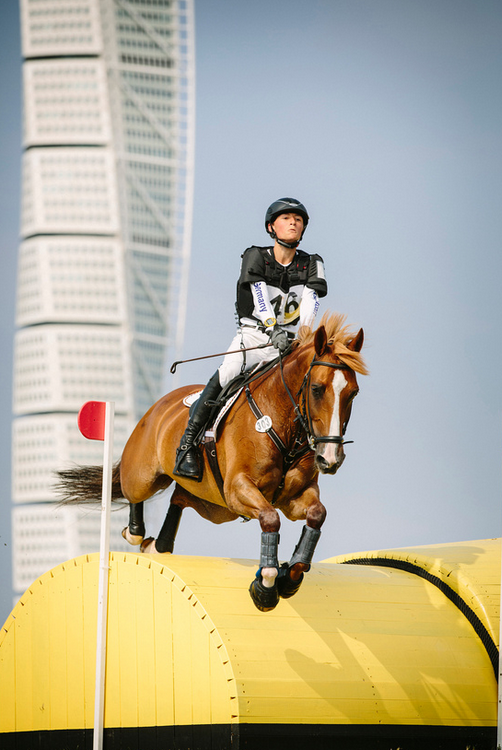 Each year, European eventers gather with their diminutive ponies to compete in the ever-exciting FEI European Championships for Ponies. Yes, this is an actual thing, and these guys are most definitely not messing around.

Held at Malmö in Sweden, this picturesque setting features urban skylines and meticulously decorated cross country jumps — enough to make this a destination event for riders and spectators alike.

Malmö is the third largest city in Sweden with plenty of culture and population to create a buzzing atmosphere for a big event such as the Europeans. These ponies competed over a tough CCI* course, and Great Britain took home the team honors with the gold medal. France and the home team, Sweden, took the other two places on the podium, respectively.

Seriously, though — check out these awesome ponies and their brave riders. We need to petition for something like this in the States!

It’s always very intriguing to see a cross country course run in what appears to be a city park. The logistics that must go into the design and mapping of the course must be insane, and there are bound to be a good number of spectators who thought they were just out for a casual stroll.

What do you think? Do you think an event such as this would be a good idea in the States? Share your thoughts in the comments!