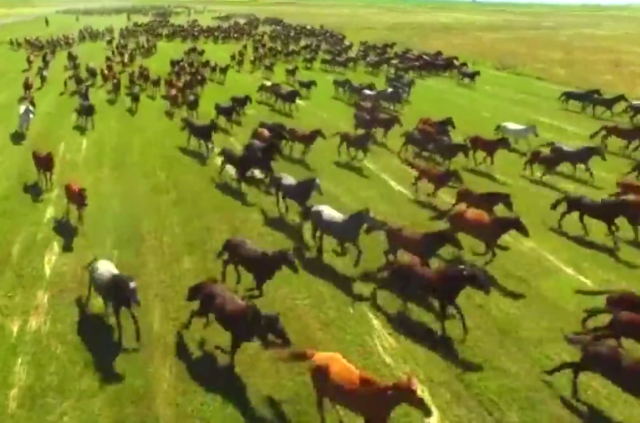 Experience the thrill of hundreds of pounding hooves in this overhead drone video of the opening festivities for the 2015 Tianma International Tourism Festival in Xinjiang, China!

The Xinjiang Uyghur Autonomous Region hosted its annual Tianma International Tourism Festival, which celebrates the horse cultures of the various indigenous peoples that reside in China’s northwest corner. The region is managed as an “administrative division” of China. The name Xinjiang translates to “new frontier.”

As part of the Tourism Festival’s opening festivities, a huge herd of horses was released onto the grasslands around what appears to be a racetrack:

No matter where you are in the world, such a sight is bound to thrill viewers of any nationality.