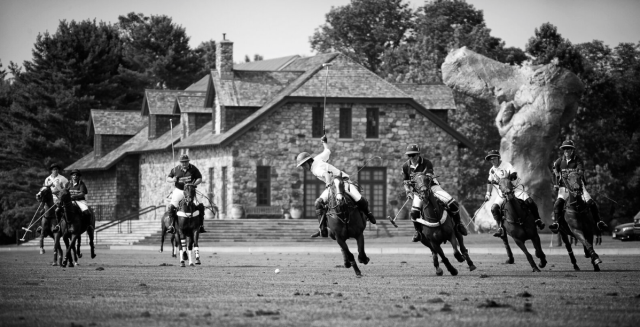 Six teams will compete for the Perry Cup, one of polo’s most prestigious trophies, at the USPA East Coast Open on Aug. 23– Sept. 6, 2015 … and you could watch all the action for free.

The East Coast Open was founded in Rhode Island in 1905 and was played until World War I. It had a renaissance starting in 1978 when Donald Little, then President of the USPA and Captain of the Myopia Polo Club, resurrected the tournament and brought it to Myopia Polo Club in South Hamilton, Massachusetts where it was played until the early 2000’s. Now it is being held in Greenwich, Connecticut at the Greenwich Polo Club.

“This historically-rich tournament is being played during the 125th anniversary year of the USPA and at one of the East Coast’s top polo clubs, just a short distance from the birthplace of polo in America,” said USPA CEO Duncan Huyler.

“The East Coast Open will be the most competitive and spectacular polo tournament of the summer season,” said Peter M. Brant, Founder of Greenwich Polo Club. “Fans will experience high-goal polo played by the finest teams, players and ponies in the sport all competing to have their names added to the historic Perry Cup.”

And thanks to Nic Roldan you and a carload of your friends have the opportunity to enjoy this event for free. Check out this message from Nic’s Instagram.

Hi Guys, this weekend is the Opening weekend of the @uspoloassociation #EastCoastOpen at @greenwichpoloclub. @culture_home & I have a pair of grandstand parking passes (which include entry for everyone in the car) to giveaway, all you have to do is repost this post to enter the draw. Entries close midnight (ET) on Friday & 2 winners shall be picked out of a hat & announced Saturday 9am (ET). #TeamNR #PoloAudi #Polo

You can also find information and enter the contest on Nic’s Facebook page. Entries will close at midnight Eastern Time on Friday. Two winners will be picked out of a hat and announced Saturday at 9 am.

The USPA will live-stream preliminary matches on ChukkerTV.com and NBC Sports Network will air a 60-minute national broadcast of the East Coast Open final on Sept. 13, 2015 at 7:00 p.m. Eastern Daylight Time.