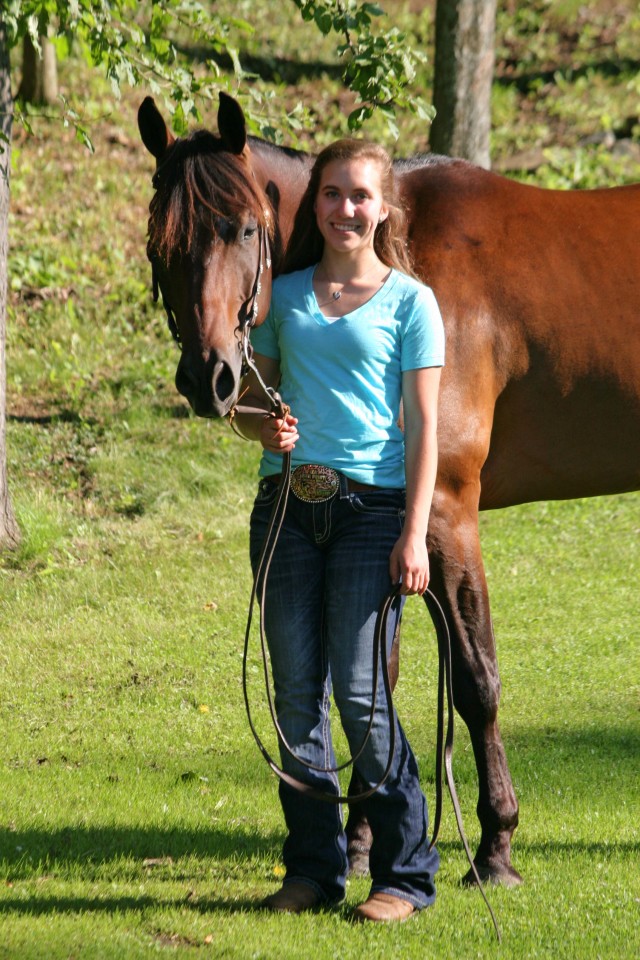 It’s move-in day … for both Haley AND her horse!

Haley Ruffner will be blogging for Horse Nation throughout her freshman year of college in an IHSA program. Her horse Cricket (while not a blogger) will also be transitioning to college himself.

When I move into college in a few days, I will be bringing my horse with me. This decision has sparked a range of different reactions from everyone I know, from my grandma’s reassuring words “At least you’ll have one friend at college!” (thanks a lot, grandma) to several family friends’ outlining of a series of books I am now apparently required to write entitled Cricket Goes to College, to another rider’s quip, “All the college girls will love him, he’s so cute!”

He will be used in an IHSA program, and it will be the first time anyone besides me has consistently ridden him outside of a few beginning lesson kids at my barn. I’d imagine it’s a little like sending your firstborn child to preschool, and it’s a difficult realization that I won’t be there all the time to see his reaction to new experiences, to see how proud of himself he is when someone tells him “good boy,” or to individually instruct every single person on how exactly to ride him.

I have a sneaking suspicion that adjustment into what is essentially an advanced lesson program will be more difficult for me than it is for Cricket–his ever-friendly and quiet demeanor, inquisitiveness, and general contentment render him a good candidate for an IHSA horse (in theory, anyway; here’s hoping he doesn’t prove me wrong!), whereas I will struggle with not being able to personally manage his schedule or supervise his rides.

It will be a new chapter for both of us, and my nervousness is surpassed only by my excitement for what the future holds for both of us.