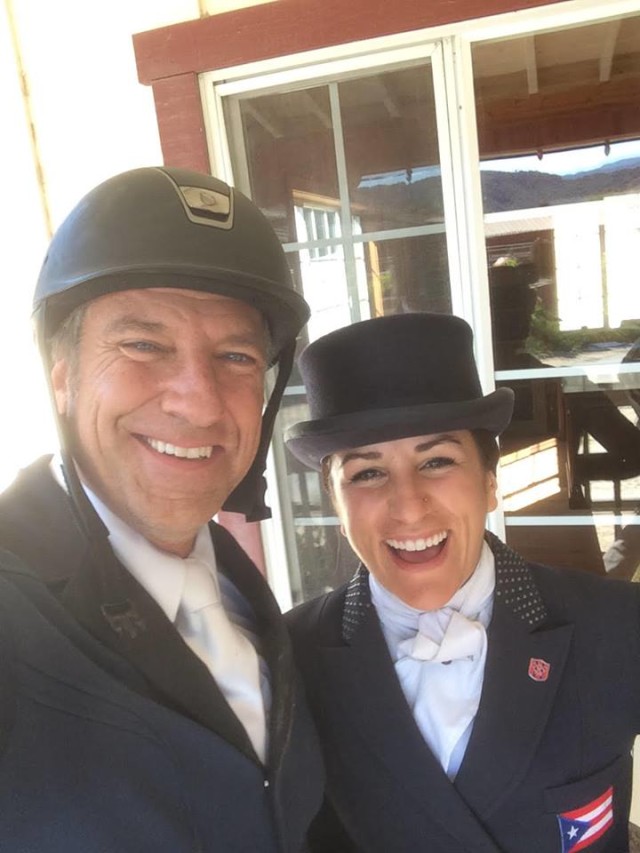 Be still, our hearts.

You may know him from Dirty Jobs, his narration of about six billion documentaries and commercials, or for his more recent work in defense of the everyday hardworking man or woman (you know, like most of us with horses.) If you didn’t already have reason to be totally in love with Mike Rowe, we bring you a few more reasons, courtesy of one of his recent Facebook postings:

It was an excellent day to ride horses in Carmel Valley. I met an Olympic hopeful named Lauren Billys, and learned the…

First of all, we’re big fans of the fact that Mike minds his melon (and with a Samshield too — how classy!) As he states above, he’s sampled a wide variety of professions where head protection is an absolute must, and we’re pleased to see he takes the risk of horseback riding as seriously as he might take bridge building or sewer excavation or any of the other crazy things he’s done.

If you’re a reader of our sister site Eventing Nation, you recognize Lauren Billys as an occasional guest blogger and Olympic hopeful, training out of Carmel Valley and riding for Puerto Rico. She finished 18th at the 2015 Pan-American Games in Toronto. According to her Facebook page, Mike was on location to film an episode for his series Somebody’s Gotta Do It, which spotlights professional trade fields requiring a whole lot of work — sounds about right to us. We can think of few jobs requiring more dedication than Olympic-hopeful eventing!

Let’s just get one more parting shot for good measure: