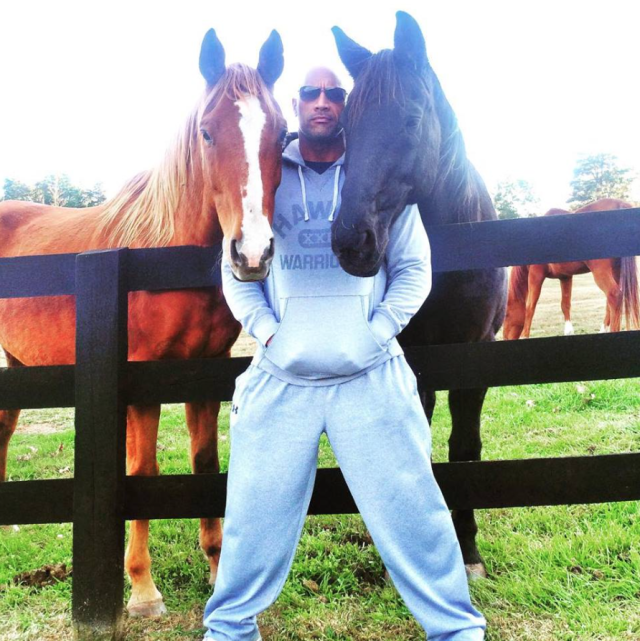 The Rock is probably the best hay bale bucker to ever exist.

On July 19th, Dwayne “The Rock” Johnson posted this on Facebook, “Cause the boys in the hood are always hard…”

Turns out, Dwayne is an ex-college football player, ex-professional wrestler, A-list actor, equestrian and, oh yeah, straight up baller.  No seriously, he’s in a new TV show called Ballers. But that’s not why we’re here, folks. We’re here for the horses. Along with his copious #BigBassSelfies…

Dwayne occasionally releases photos of his lovely horse farm. “Was away on my farm w/ no cell service—my family, my horses and my bass. Bringing it on the farm,” he tweeted in 2011.

“My main man ‘Scoobs’ – nicknamed ‘The Beef,’” he tweeted the same day.

And don’t even get me started on the photos with dogs so ugly they are adorable and koala bears.

My verdict … stop being so perfect Dwayne “The Rock” Johnson. The rest of humanity can’t keep up.