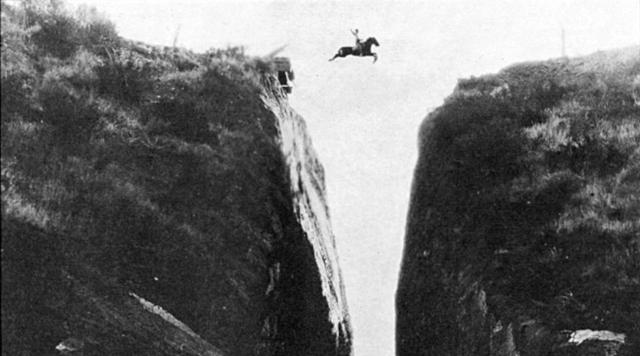 For today’s #TBT, we take a look back at Tom Mix’s famous jump on his good horse Tony. But what do you think, Horse Nation? Was it real? 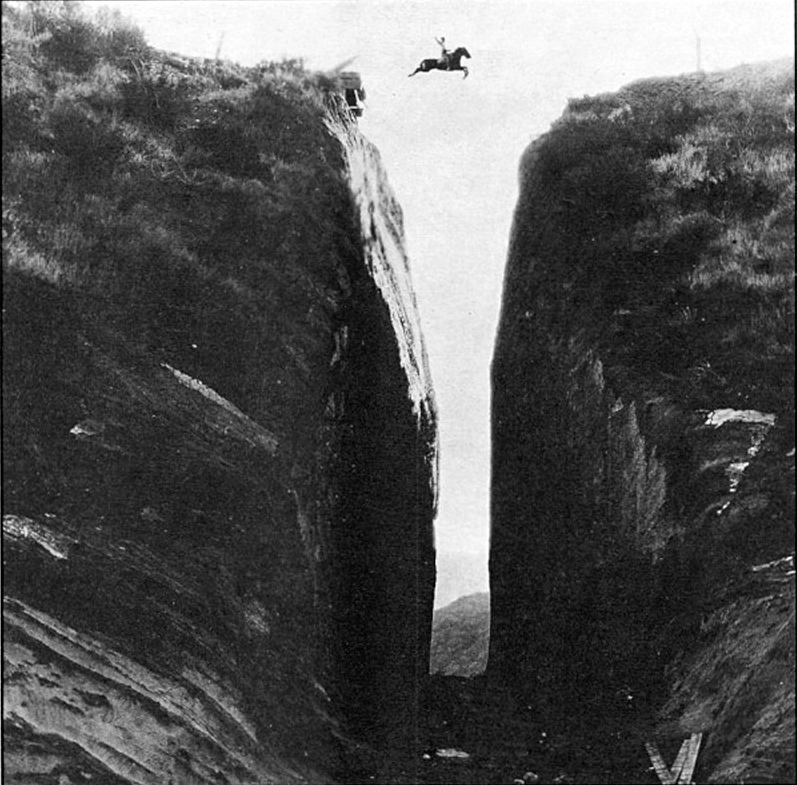 Actor Tom Mix “jumped” over Beale’s Cut in Newhall in the 1923 “Three Jumps Ahead” released by Fox Film Corp. Or did he?

The actor claimed, “One Monday,” said Tom, “I drove a stage coach and four horses over a 100 foot cliff. All rolled to the bottom but no one was hurt. Tuesday jumped Tony over a twenty foot chasm that spanned a ninety foot drop. To get the best possible angle the stunt was repeated five times but still there were no injuries. Wednesday I rolled down another cliff with Tony and neither of us were scratched. Thursday being a legal holiday, I stayed home with my family.” – Commerce Journal (Wichita, Texas), September 21, 1923. 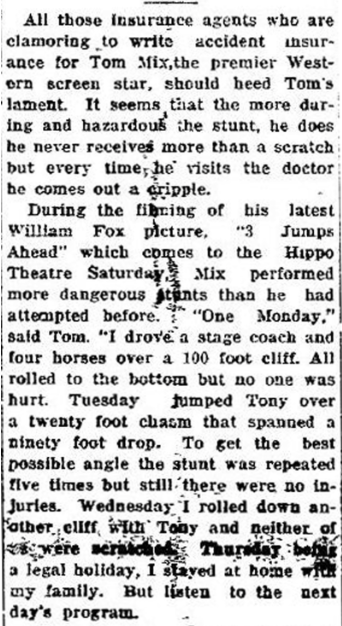 Others say the stunt was performed by Earl Simpson, a horse trainer and stuntman with a ranch in Nevada, Richard Talmadge or Andy Jauregui. Many more people say the film clip was just a fancy cut and paste job. Critics argue that the horse appears to be severely disproportionate to the landscape.

The production company certainly tried to sell the jump as genuine. The original press packet read, “The most daring of screen stars accomplishes some of the most intrepid horsemanship of his career, one feat in particular — that of leaping a canyon 20 feet wide and 90 feet deep — when in pursuit of a band of cattle rustlers, being the most hazardous achievement ever screened.” 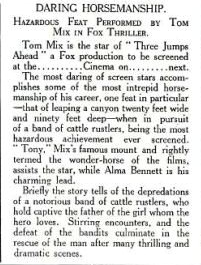 Of course, Tom Mix’s biography from the same press packet also reads a bit, well, outlandish. He apparently was a war hero that faced a firing squad in Central America, served with the Texas Rangers, was the personal scout of Theodore Roosevelt as well as decorated hero from the Spanish-American War, Moros Insurrection and Boxer Rebellion.  I’m not saying that didn’t happen … I’m just saying he was one busy man since he also claims to have starred in over 300 films. 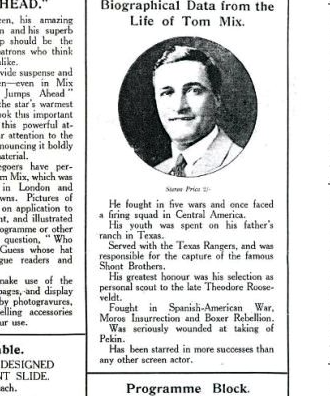 Since the original film has been lost, the truth is we’ll probably never know. Besides the jump still, only these two photos have survived the test of time. 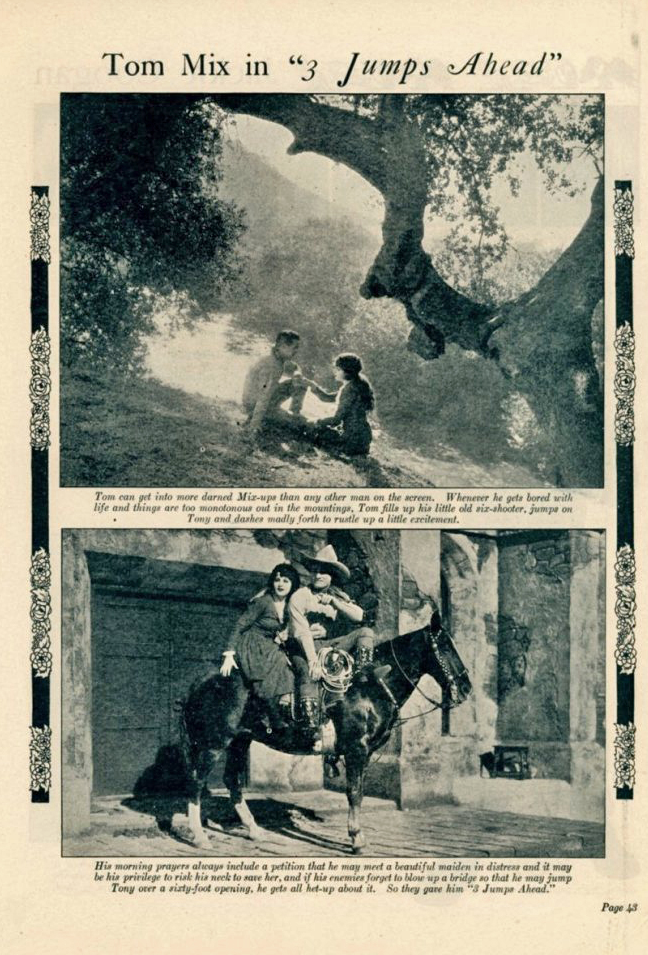 Original prodcution stills and press book courtesy of Western Clippings. For some really great advertisement artifacts from the movie, check out Elsmere Canyon.