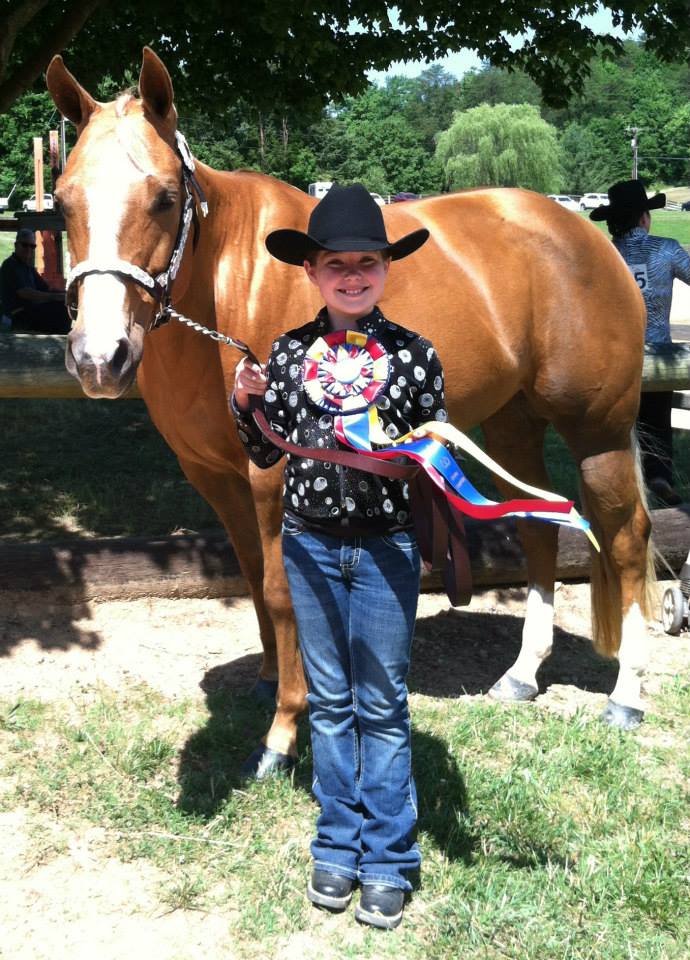 No fancy tack or clothes? No problem!

One commonly-heard complaint, especially in the western ring, is that it takes a shiny, silver-covered saddle and a shirt that looks like a disco ball to catch the judge’s eye: it seems to be a mass-held belief that western classes are really just a beauty contest. The North Carolina Quarter Horse Association and affiliated districts are putting those myths to bed, while allowing new members to dabble in the show pen without spending an arm and a leg: they’ve been holding “No Bling” show circuits for ten years, requiring only the most basic equipment to show.

“The goal of these shows is to allow folks to gain experience in the Quarter horse show pen so that some day they can step up to the breed shows if they would like to,” states “No Bling” Committee chairwoman Shirley Lombardo. “We have had many exhibitors successfully make that transition. The cost at these shows is minimal and very affordable. They are geared to learning, having fun and meeting new people.”

In fact, the idea has been so well-received and successful that several other state Quarter horse affiliates have picked up on the “bling-free” concept and have started holding their own no-bling circuits and shows. In North Carolina, the no-bling shows are AQHA-recognized for Novice and Rookie competitors, allowing those riders to accumulate year-end points without shelling out a small fortune for fancy tack and show clothes. The shows welcome about 150 entries each.

While the no-bling shows are designed to be a stepping stone to participation at bigger competitions, we find it refreshing that an affiliate association is upholding the simplicity suggested by the AQHA rulebook itself — which calls simply for exhibitors to sport a clean, long-sleeved and collared shirt, a hat, boots and jeans. Perhaps there will be a trickle-up effect, with exhibitors showing at the higher levels in workmanlike but conservative outfits. After all, horse showing should be about the horse — not the trappings.