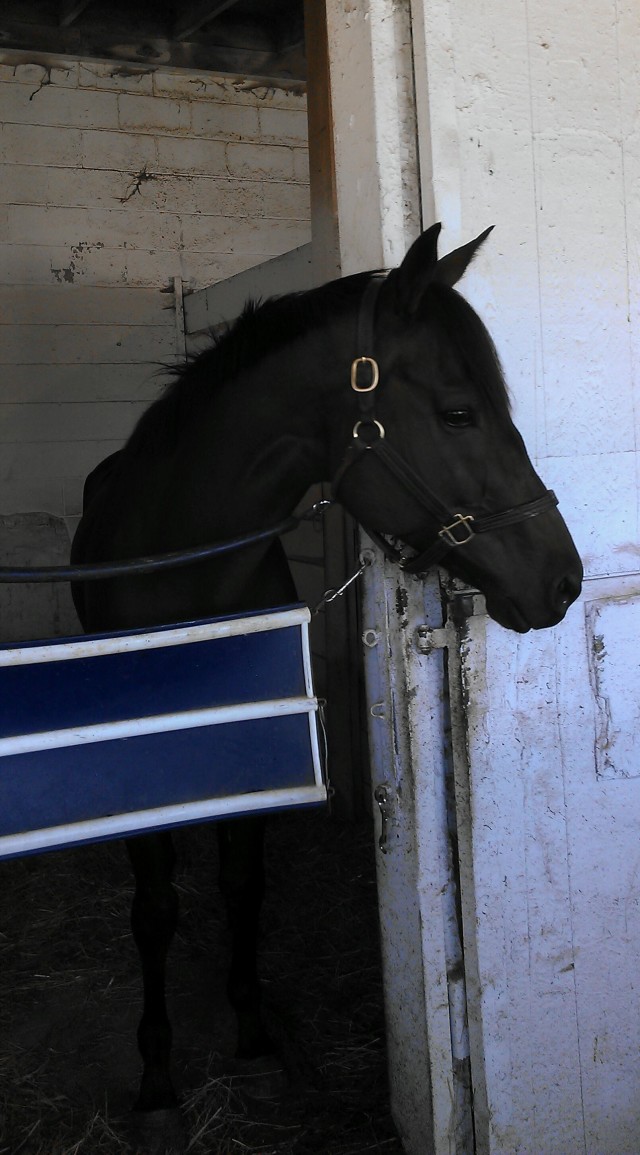 David turned gentle when Krystal needed him most.

His name was “David is Mad,” and David was mad when my boyfriend got him five years ago, a wild five-year-old gelding that we purchased for $1500. We were told he was crazy, that he couldn’t be trusted. Boy, were they right … you couldn’t go near him. He would bite at people walking by, and if you somehow made it past the teeth then he would rear and strike, then spin and try to double-barrel you. This skinny, nervous, miserable horse would become my best friend ever.

David was not happy with his career as a racehorse; he hated training every day and eventually started bucking, rearing, and throwing his head so he could hit you with it. Then, when you eventually fell off, he’d try very hard to step on you. We started working on treating his ulcers and having him enjoy his job again. By the end of the year he was still dangerous but not anywhere near what he was, though he still didn’t quite trust people. We gave him the winter off and the next year he was a completely different horse: he had turned into a giant baby.

He was good but I was not: my parents were getting divorced and I was falling apart. He was still racing but I worked with him every day so I got to see him. Being busy helped me to overcome my depression — there were days I didn’t want to move but knowing that he would be at the barn nickering for me made me get up every day. At least twice I can remember driving down the road not really wanting to live but then thinking about David: what would happen to him if I killed myself?

I remember a night in particular when I was having a really hard time, so I went to the track at 10:30 just to see him. I went in his stall and just started bawling my eyes out on his shoulder. He is usually a very nippy horse but that night he didn’t even offer to bite once; I eventually sat down to continue crying on the ground and he come over and nuzzled me then circled around and laid down next to me and put his head in my lap. I cried and cried that night but he helped me through it. He was there for me when the people I loved were fighting and leaving each other; he was a rock during my hard time.

Since that day I have not had any more thoughts of suicide because I know David cares. I have also come to terms with my parents’ divorce. Even though I don’t ride him yet he is still my little boy; he has helped me through so much. On my birthday, my boyfriend gave him to me officially, so now he really is my little boy. Hopefully next year he will retire from racing and become my next show horse.