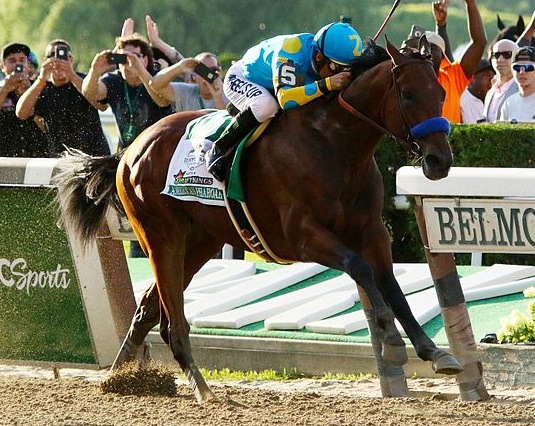 American Pharoah could add another accolade to his already-stellar list of accomplishments: he’s nominated for an Excellence in Sports Performance Yearly Award (or ESPY Award) for Best Championship Performance for his outstanding Triple Crown victory earlier this year. He’s contending with Madison Bumgarner of the San Francisco Giants, Lauren Haeger of the University of Florida softball team and LeBron James of the Cleveland Cavaliers. American Pharoah’s jockey Victor Espinoza is in the running to win his second-straight ESPY for Best Jockey as well.

If AP brings home the ESPY, he’ll be the first Thoroughbred to do so in the award’s twenty-plus year history. Jockey Julie Krone won Best Female Athlete in 1994, the only horse-racing athlete to win an ESPY outside of Best Jockey.

We love seeing horses and equestrian athletes in the running for major athletic awards. Other notable nominations in the recent past included Zenyatta, who was twice a runner-up for the Associated Press Female Athlete of the Year (she lost to Serena Williams in 2009 and Lindsey Vonn in 2010.)

If you’d like to vote for American Pharoah, as well as the other host of athletes up for various ESPY Awards, click here to be redirected to the ESPY website to cast your ballot! Don’t delay — the ceremony takes place tonight at 8:00 PM!