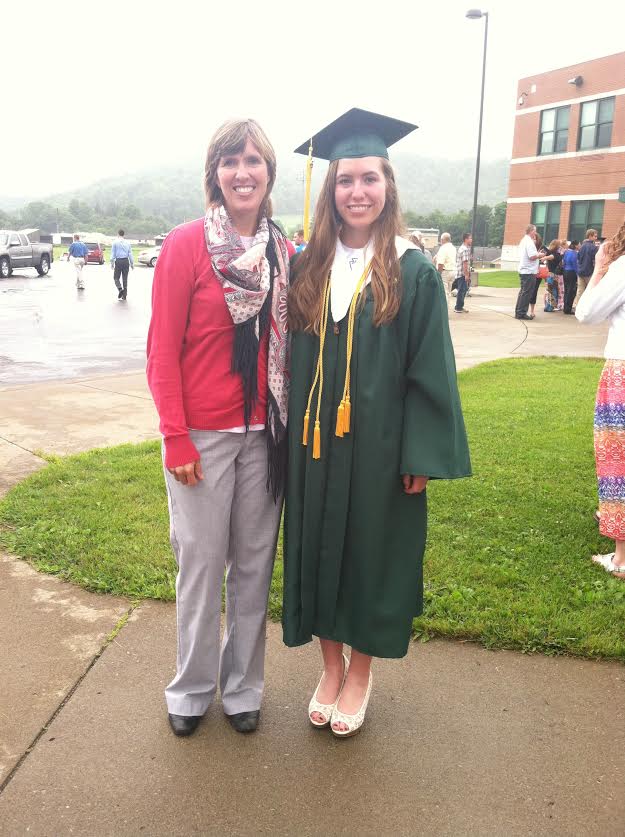 A week and a day ago, I competed for the last time at the Interscholastic Equestrian Association Western National Finals, and three days after that, I walked across the stage in my high school’s auditorium to receive my diploma. This summer has marked a series of endings, but will in turn foster many new beginnings as I go forth into my college journey.

I’m sure that someday I will look back and wish for the simplicity, comfortable schedule, and relative ease of high school, but for now at least I’m mostly glad it’s over. The meaningful friendships I’ve made will remain for the rest of my life, but I can’t say I’ll miss having friendships based on how many classes we have together. I have been with the same group of about 80 kids since kindergarten, and it will be a welcome (and probably terrifying) change to see new faces and meet new people. Tracing the steps across the auditorium stage behind all those who came before me was a sort of bitter but mostly sweet experience, an appropriate farewell to that chapter of my life.

My walk across the stage to receive my diploma was a relief not only in the sense that it meant I’d officially graduated high school, but also because it marked the almost-end of the ceremony and I hadn’t messed it all up yet — I had been in Oklahoma City, 19 hours away by car, at IEA Nationals the day of mandatory graduation rehearsal. To make up for it, one of the teachers in charge (sorry again, Miss Stamets) gave me a hurried and harrowed overview the week before, ending with “just follow everyone else!” Thankfully, I was not alphabetically seated in a position where I would actually have to know what was going on, and so my lack of rehearsal was (I hope) not evident to anyone else.

The horse show itself was somewhat of a letdown and lesson learned for me. It was my senior year, my last chance at IEA glory, and I had been working hard to improve myself and enable myself to have the best ride possible. I drew my horse, a fancy-looking gelding called Spot Gun, and was ecstatic. I was riding to win. My coaches and I talked to the horse’s trainer, who confirmed that my draw was a talented horse and would do all of the maneuvers well.

In we went, running all the way around the arena to a sliding stop to begin Pattern 3 — we built up speed, I gave him his head and sat deep and said whoa…and he just kept on running. I did eventually get him to stop, but it was ugly and there was no sliding involved. Our pattern did improve and by the last stop I had gathered that he needed a lot of speed and a more rein to get into the ground; however, by that point, there was no chance of me placing well.

I was shocked, having had a ride on a completely different horse than the one I saw warming up, and I came out of the arena to meet equally surprised and disappointed coaches. Nevertheless, I pet my horse and told him he was a good boy — during warmups, it was obvious that he was perfectly capable of doing a sliding stop, and it was through some unconscious and ignorant error of mine that he did not replicate such stops with me aboard.

The only thing I’ve been able to take away from that ride is that sometimes you lose. Sometimes you lose, and it has nothing to do with your level of preparedness, dedication or confidence. I lost that day, and no, it wasn’t fun, but there will be other horse shows. There will be more good rides and bad rides, more learning to come, and most of all I look forward to what the future holds.