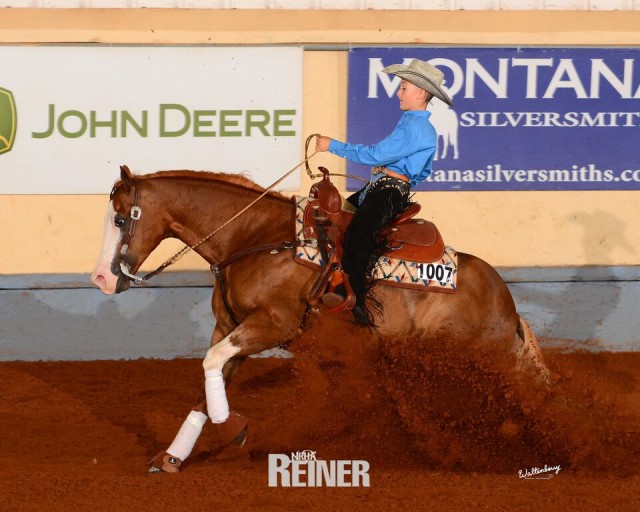 Time to play “Who Slid It Best?” where your votes decide the winner!

In the spirit of our sister site Eventing Nation’s popular “Who Jumped It Best?” series (check out a recent collection from Groton House) we decided to hold our own — with a western twist. Here are eight photos from last week’s National Reining Horse Association’s Derby in Oklahoma City, which drew hundreds of competitors from all across the country to compete for the richest purses in reining. Vote for who you think slid it best below!

All photos by Waltenberry, courtesy of the NRHA.

Duane Latimer and Taking a Rest. Photo by Waltenberry.