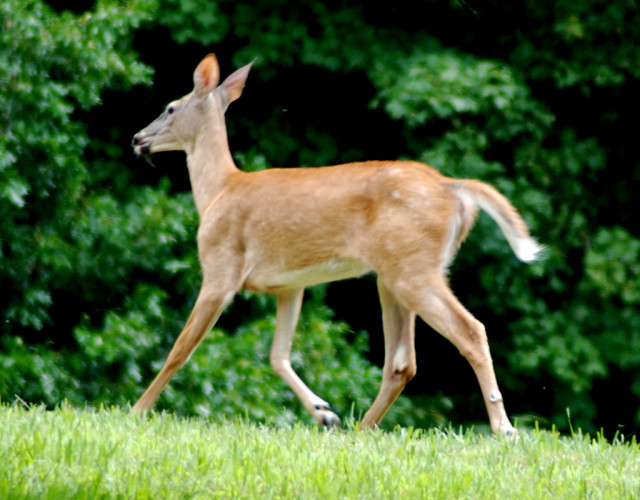 The Erie, Pennsylvania track canceled races after deer turned up to join the races.

Presque Isle Downs and Casino of Erie, Pennsylvania is seeking help from the state’s Game Commission and Department of Agriculture after deer on the track forced the cancellation of races on June 22 and 28. Deer have been either lingering near the racing surface or hanging out directly on the track for about a week; in the fourth race on June 28, a deer actually crossed the track itself right under the noses of the leading horses. No one, deer included, was injured, but it was just too close of a call for track officials. Races were summarily canceled for the evening of June 29 as a precaution, with the possibility of further cancellations for the rest of the week.

The Deer were back and held up the start for yesterday’s finale at Presque Isle Downs. Backstretch run for Race 8: pic.twitter.com/KVFcIIVqSJ

Concerned for the safety of the horses and jockeys, track workers and attendees and the deer themselves, track management is hoping that the game commission and ag department will have a solution. There are no protocols in place for such a situation, and it’s unclear how best to proceed. The first step should be determining where exactly the deer are coming from: there’s a wooded area near the track, but it’s by no means a dense section of forest. However, loss of habitat is forcing deer to eke out a living in increasingly developed areas, including, apparently, Presque Isle Downs.

Deer forced a race delay at The Meadows harness track in November of 2012:

Fortunately, this incident occurred before the race started, allowing track officials to easily delay the start until the deer removed themselves from the track. However, the incidents at Presque Isle Downs have occurred during races themselves, and the close call with the deer crossing the track itself right in front of oncoming runners is certainly a big safety issue.