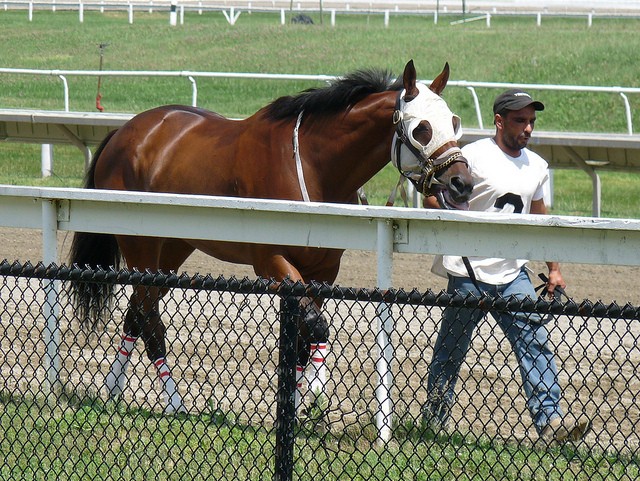 What’s the difference between an employee and an independent contractor and, when it comes to liability, why is it an important distinction? Attorney Kjirsten Lee, J.D. explains.

There are many jobs in the equine industry, but not all jobs are created equally when it comes to how they are classified under the law. For example, take this hypothetical: Rocking R Ranch employs several people to do different jobs. Billy cleans the stalls, Margaret keeps the books, and John is the head trainer. Rocking R has employment agreements with each individual and lists Billy as an employee but Margaret and John as independent contractors. Is this correct? The decision will determine responsibilities and liability for Rocking R and its workers.

The distinction can make a world of difference for both the barn and the three workers.

The IRS considers three overarching factors in determining whether a worker is an employee or an independent contractor for tax purposes. These factors are:

1. the amount of behavioral control the employer has;

2. the amount of financial control the employer has; and

3. the general relationship between the parties.

Federal courts consider other factors in determining, for example, whether an employment relationship exists for purposes of federal employment laws. These factors include:

1. the degree of the employer’s right to control how the work is performed;

2. the degree of skill required to perform the work;

3. the worker’s investment in the business;

4. the permanence of the working relationship;

5. the worker’s opportunity for profit or loss; and

6. the extent to which the work is an integral part of the business.

States sometimes simplify these factors into a “right to control” analysis. Under this test, the relationship between employer and worker is categorized according to the amount of control the employer exercises over the mode, method, and manner of the work performed. This analysis is frequently employed in cases regarding the employer’s liability for the worker’s wrongful act.

Under the doctrine of respondeat superior, an employer is liable for the wrongful acts or torts committed by an employee in the scope of the employee’s work (with some exceptions). An employer is not liable for wrongful acts committed by an independent contractor, with some exceptions. If an employee commits a tort while deviating from the normal course of employment, the employer may be able to escape liability. This ability will depend on whether the deviation was a minor “detour” or a more substantial “frolic.” If it is a frolic, it will be outside the scope of employment and respondeat superior will likely not apply.

Consider this: John (the head trainer at Rocking R) negligently assigns an advanced horse to a beginner rider and the rider is injured. Liability will depend on whether John really was an independent contractor. In a court using a right to control analysis, the court will consider how much influence Rocking R had over John’s work. If John has an exclusive contract with Rocking R, Rocking R states in its employment contract how John is to assign horses to riders, Rocking R pays John a salary rather than an hourly wage, and Rocking R depends on John’s teaching, the court will be more likely to decide John is an employee. Therefore, Rocking R would be vicariously liable for the rider’s injury.

When creating liability release forms, a best practice is to include a clause stating that the signor agrees to release all employees and independent contractors. That way, everyone employed by the barn will be protected regardless of their categorization under the law. But remember – even the most well-drafted liability release form will probably not protect against gross negligence!

Like most legal questions, determining whether a worker is an employee or an independent contractor is a fact-intensive inquiry. Therefore, if you have specific questions, you should consult a licensed attorney.

Kjirsten Lee, J.D., is an attorney in Memphis, TN. She has written on topics such as the Horse Protection Act and use of drugs in racehorses. Kjirsten and her OTTB, Gobain, compete in dressage and eventing.