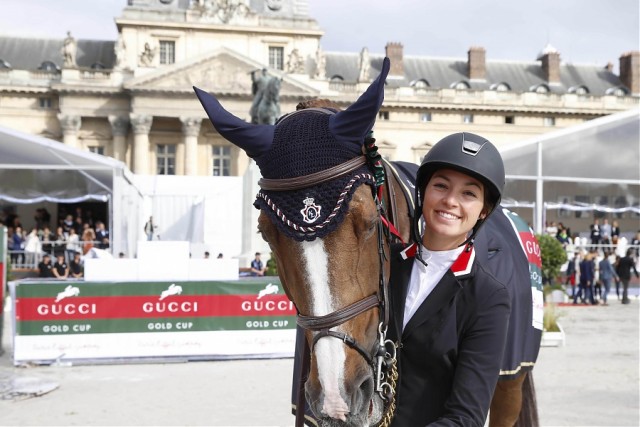 The “teen phenomenon” show jumper is now running her own barn without a trainer on the eve of her 21st birthday.

Reed Kessler is all grown up, unlike most other twentysomethings — especially twentysomethings turned loose in Europe. Then again, Kessler’s never been what we would call a “conventional” young woman. Let’s recap:

And her latest accomplishment at age 20? Running her own barn, serving as her own trainer. Reed Kessler has moved full-time to the Netherlands, opening her own barn on a delightful little property her family purchased this spring.

All of this is according to plan, as Kessler outlines in an interview with NoelleFloyd.com. She grew up always with the goal in mind that she would run her own program rather than work under a trainer for an entire career, and though it seems like perhaps she’s branching out independently much earlier than the average young professional, it’s not too unusual by European standards. Kessler has always been responsible for her own string of horses, even when she trained under Ehning and Katie Prudent, so moving physically to her own barn isn’t much of a shift for management.

But why not return to the States? Kessler states that her Netherlands location is prime real estate for top-level show jumping: she’s near the German and Belgium, allowing her easy transit from show to show. Rather than the American-style “live out of your hotel room for a month” circuit, she can stay half a week or more at home, ship to the shows, then return home.

Kessler hopes to take on some sales projects as well as a few students. Overall, her European experience so far has already taught her that she can, in fact, get by on her own; she’s learned just how independent she can be. While Kessler is aware that she will make mistakes and on occasion “look like an idiot,” she’s learning with every day and every fence. She remains the perfect role model for young riders to aspire to become: talented and successful, yes, but not afraid to fail and climb back up again.