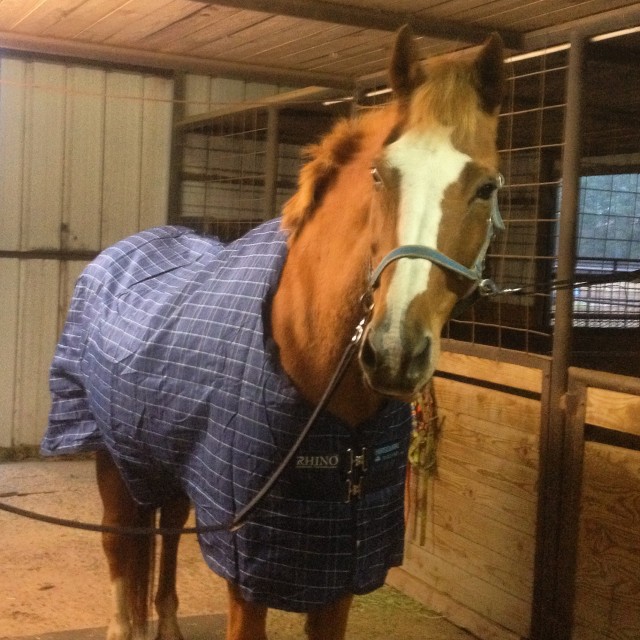 He kept her together when everything else fell apart.

Letting go … it is nearly impossible to let go of someone you love. Especially when the person you’re supposed to be letting go of is your father, the person who means more to you than nearly anyone in the world.

Six years ago, my father suffered an aneurysm, completely out of the blue. I was sitting in my office when my cell phone rang. It was my grandmother, calling to let me know that my father had been taken to Presbyterian Hospital in Dallas; she wasn’t specific on any details, just that he was taken by ambulance to the hospital and that I should leave work if I could. Of course, I jumped into the car immediately and headed the four hours to Dallas.

I never expected what I encountered at the hospital. Wires, tubes, a dialysis machine and a ventilator were crowded into the room around him. There was barely room for me to squeeze in to speak with the doctor. The prognosis was not good. Dad had been without oxygen for too long for a recovery to be realistic. The doctor informed me that they would do an EEG to check for brain activity, but not to get my hopes up.

Sadly, we never got that far. Dad’s vitals were not stable, he suffered a cardiac arrest, and while he was successfully resuscitated, they were not confident that he would remain stable for any length of time. As the next of kin, it was up to me whether or not to sign a “Do Not Resuscitate” form. The doctors explained to us that he was already gone, and that we were just prolonging the inevitable. I signed it, and also made sure that the organs that were useable would be donated. It only took a few more hours before he suffered another cardiac arrest and passed away. It was the day before my little brother’s thirteenth birthday, and also the week of Thanksgiving.

We survived the week of my dad’s funeral and Thanksgiving, amazingly. What was supposed to be a small service for close friends and family turned into a huge gathering of nearly 300 people. The eulogies were the kindest words I’ve ever heard! I knew my dad was awesome; he never missed a horse show or a soccer game, even when I was in college and it required hours of travel. He was my brother’s football coach, and it also turned out he somehow made time to be friends with all of these other people. He is truly irreplaceable!

It was decided that my brother would live with my grandmother, because that would be the most familiar, and he could remain in Dallas. She is the strongest human being I know, he couldn’t have done any better! He’s eighteen now and in college. I went back home and upon arrival, I was informed by my dog sitter that my dogs, two adorable Jack Russell Terriers, had been stolen from my fenced yard. Even with a large reward offered, and flyers at every vet clinic and intersection within a 50 mile radius, they never were returned.

At that time, I was young and single, and that is where Booger, my wonderful, now retired Grand Prix jumper comes in. I would head straight to the barn after work every night and sit in his stall to cry and vent. He was always so patient and kind with me. He would lay down and let me put his head in my lap. He’s a big guy, 17.2 hands, so I’m sure it looked ridiculous. I would sit there for hours sometimes, wallowing in self-pity, and he never told me to get over it, or to pick myself up and get on with my life. He was just the shoulder I needed to cry on, completely nonjudgmental.

I have no doubt that Booger is the reason that I’m here now. I felt like I had lost nearly everything. If not for having the responsibility of taking care of him and loving him so much, I would have had nothing left to live for. He saved me, with his kind eyes, deep nickers and not-so-gentle nuzzles for peppermints. He will be thirty years old in May, and is still going strong. He’s been retired for ten years, but I will never forget the feeling of flying over huge fences with him. He has taught me so much, and has always been entirely selfless, never letting me down, always giving his all. He is still the brightest part of my day.

There are other horses now, and while I love them all, no one will ever be able to save me the way he did. He is truly one of a kind, and whenever I’m having a bad day or a great day, he is the first one I want to tell. He is the link I still share with my dad. If I’m ever sad, I can always picture my dad telling me at my first big jumper class that Booger would never let me down. Boy, has he ever been right!