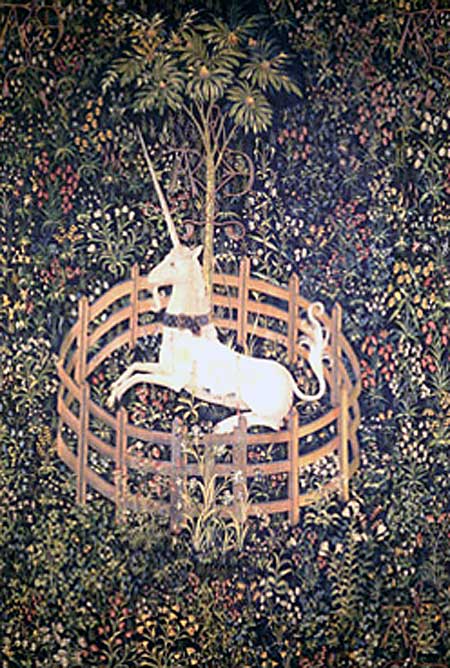 No, we’re not making it up.

I saw this meme the other day:

So of course, I Googled it. And I’m pretty sure my face probably looked exactly like that. Because this, ladies and gentlemen, is Scotland’s national animal:

Yep, the unicorn. But wait! you’re thinking. Unicorns aren’t real! How can it be a country’s national animal?

Sources vary somewhat on the naming of the unicorn as Scotland’s national animal: some say that the Scots, being great lovers of legend and myth, chose this magical (and sadly nonexistent) animal to honor such stories. Others state the unicorn symbolizes pride and freedom, being notoriously difficult to capture and tame in legend, representative of Scotland itself in its long battle to remain independent. The truth is probably a combination of both arguments.

The unicorn is represented in the old Scottish royal coat of arms:

The unicorn as a heraldic symbol isn’t simply a horse with a horn, like perhaps those we’ve come to love in movies and stories: the unicorn often has cloven hooves and a beard as well as the tail of a lion. Throughout legend, the unicorn is sometimes more like a goat in body, sometimes more like a horse — but it is always incredibly difficult to capture, and is described as being quite dangerous and vicious. (Even the unicorns in the Scottish coat of arms are portrayed in chains — a free unicorn was a hazardous beast.)

While a unicorn at liberty was a dangerous animal, it could be tamed by a maiden, one who was pure of intention. The unicorn was said to go to sleep with its head in the lap of a maiden, allowing itself to be captured by hunters who wanted its horn for its various healing powers. The final scene of a famous tapestry depicts a unicorn penned after being tamed and hunted:

This unicorn legend can also be viewed as an allegory, with the maiden representing the Virgin Mary and the taming representing the Incarnation. A popular children’s legend also states the unicorn was too proud to board Noah’s Ark, and was therefore drowned in the flood, which is why there are no unicorns today.

Through legend and history, the unicorn has remained a symbol of magic and power; for Scotland, it provides a link to a past full of legend and lore.