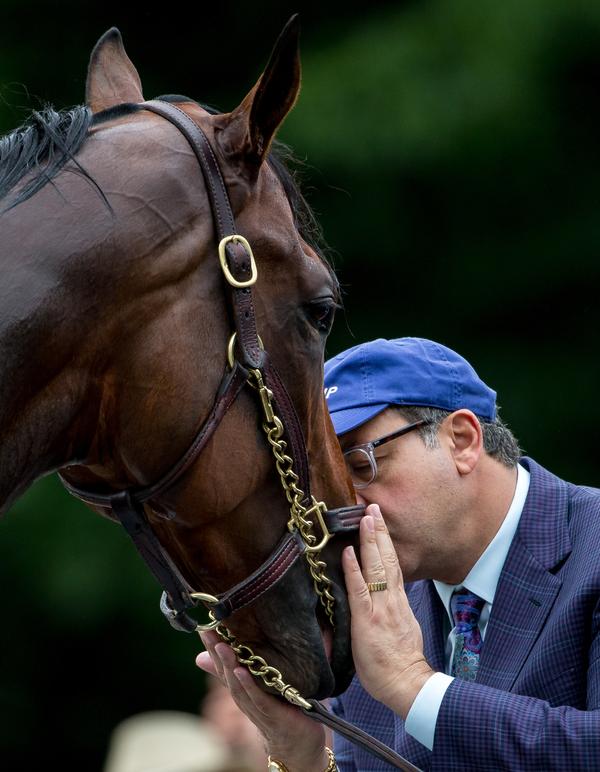 I’m sure I’m not alone when I say I woke up this morning still unable to process everything. We have a Triple Crown winner! After 37 years! It’s still too unreal to even think about, considering how jaded we all were with the near-misses that happen all too often.

But American Pharoah was out to prove that he’s the real deal and then some. We took a look back at his career, which is decorated with seven wins in eight starts, all, with the exception of a Maiden Special Weight as his first race, at Grade I or II.

You’re guaranteed to get the chills as you look back on the early races of the horse who would soon become America’s Horse. You’ll get a burning desire to continue watching him race, even though he is worth multi-millions in the breeding shed.

Good news, though, Pharoah fans! His owner, Ahmed Zayat, was quoted by Bloodhorse that he plans to continue racing the colt at least through the end of his three-year-old season. “I personally made a promise to my family and to the fans more than anybody else,” Zayat said in a recent article. “We need to enjoy our stars and race them as long as we possibly (can).”

So with that in mind, please enjoy these videos of each of American Pharoah’s wins, culminating with the one that tops them all: the Belmont Stakes.

Congratulations, Pharoah. We can’t wait to see more – anyone else hankering for a Breeders Cup Classic win?