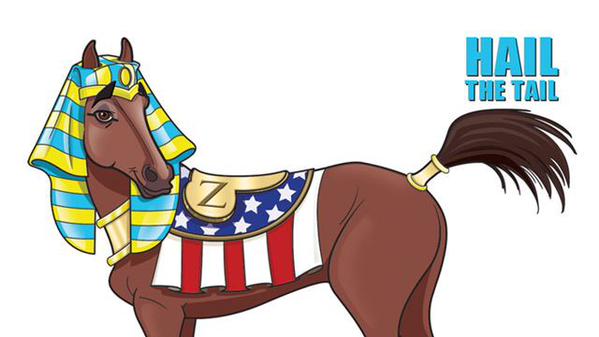 Because nothing is official without its own hashtag, #HailTheTail!

Every star wants to leave his mark on the world, and in the social media age, creating your own hashtag is one way to accomplish that goal. Last year it was all #Chromies … this year, it’s #HailTheTail. We’re not sure who deserves the credit for this one, but we have to admit that it’s a pretty clever way to make sure everyone is talking about American Pharoah. The reality is that a pasture-mate chewed his tail as a youngster — but the myths help elevate the horse to icon-status.

From temporary tattoos to parodies of “All About That Bass” (apologies to Megan Trainor,) keep calm and #HailTheTail.