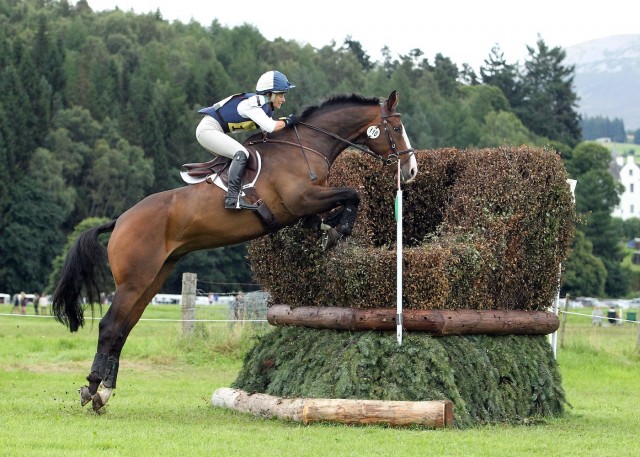 Love horses? Want to build a career in the horse industry? Equestrian Trailblazers might be just the motivation you need.

“Want to make a small fortune in the horse industry? Start with a large one.”

“There are no jobs in horses.”

“The only jobs with horses are for professional trainers.”

How many times have we all heard these statements? Horses, it would appear, are best left to be just a hobby. But scratch the surface of the horse industry and you’ll realize that there are so many more ways to build a career in this world than by sitting on the back of a horse itself. And that’s exactly the message that June Burgess is seeking to spread through the Equestrian Trailblazers Summit, a 12-day virtual event that will be accessible to registrants all over the world.

From June 1st through the 12th, the Equestrian Trailblazers Summit will be publishing two 20- to 30-minute video interviews daily, available for registrants to view. In Burgess’ words, the videos are the “perfect length to enjoy with a coffee between mucking out.” Burgess reached out to 24 individuals all around the world in various aspects of the horse industry, ranging from equipment and tack innovators to natural horsemanship practitioners to equestrian lifestyle experts — the specific career paths are unique and varied but all hold the common feature of blending each individual’s passions and talents with the equine industry.

June Burgess is a businesswoman based in Ireland who has worked for a variety of ventures in her career; she is also an avid amateur event rider. Her first epiphany that there was so much more to the horse world than training and coaching was when she discovered the Equus Film Festival, created by Lisa Diersen — an event that had somehow flown under her radar for years. Burgess watched each trailer represented at the Festival: “each one opened my eyes to the positive and enriching influence of horses to all manner of people in every corner of the world […] once I found that website, I was past the point of no return.”

The more Burgess dug into the horse world, especially internationally, the more she learned about the career paths that make up an industry: not just riding and training the horse itself, but the entire culture and lifestyle of being an equestrian. Finding your own place in that industry can be a daunting task, and it can be hard to find a way to marry your individual skills with your love for horses.

So Burgess picked the brains of 24 individuals from facts of the industry that we may not have ever considered: on the roster for the Equestrian Trailblazers Summit are Monty Roberts, horsemanship practitioner and founder of a brand (USA); Lisa Diersen, founder of the Equus Film Festival (USA); Vanessa Somers, the CEO of Horse Lifestyle (a new online equestrian streaming service based in the Netherlands); Dianne Jenkins of Jent Bodyworks (Australia); William Micklem, author, speaker and inventor of the Micklem Bridle (Ireland); and Gérard Thevenot, the inventor of the original air vests (France) — among others.

Registration for the summit is free, and always will be. As this is the first such summit of its kind, and hopefully the first in a series, Burgess is hoping for feedback from registrants to help shape future interviews. To view a short video by Burgess and register, visit the Equestrian Trailblazers Summit website. The summit begins June 1 so registration is only open for a few more days.

In Burgess’ own words: “I am particularly inspired by individuals who ‘create and maintain momentum.’ All of these Trailblazers do that. I want to get that across to viewers and generate ideas for new directions they could take in their careers and give them an insight into the mindset for success. You are never more successful than you are living your passion!”