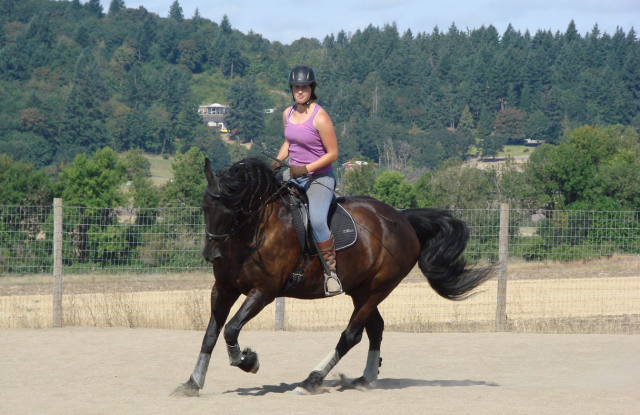 College biology instructor/equestrian professional Biz Stamm drops some science that explains why it’s so important to keep your foot on the gas when riding circles. 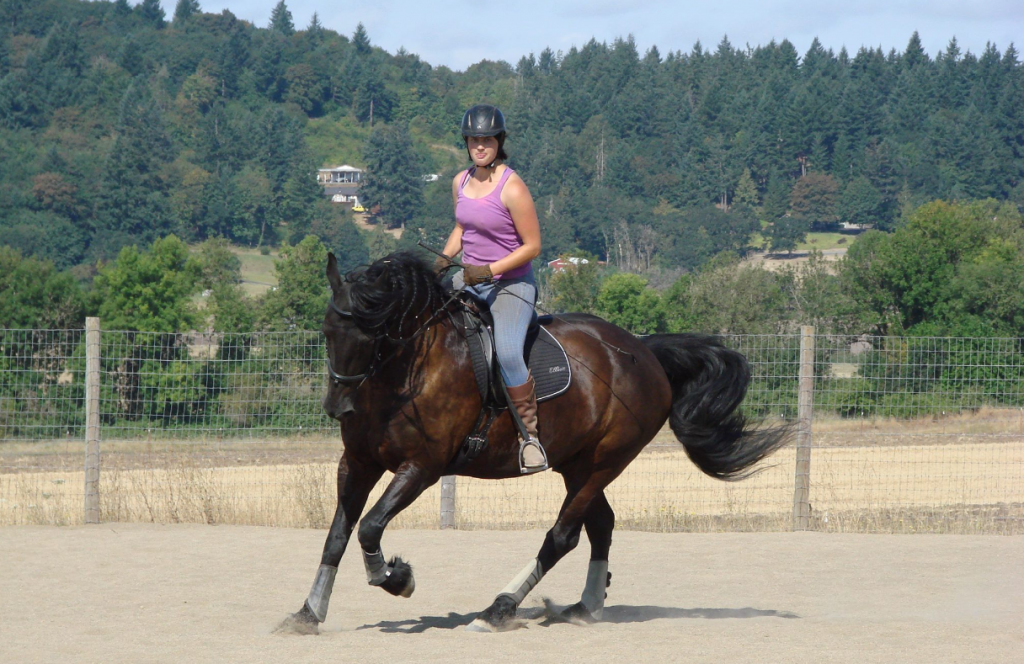 Sometimes after a long night’s sleep, I have trouble getting myself going in the morning and often like to blame it on inertia. This is one of those mornings.

Inertia is also a useful concept to apply to riding if you remember that the motion aspect of it is directional. So in order to clarify this a little more I’m going to use a visual. Let’s imagine your horse is a wrecking ball hurtling down the long side. 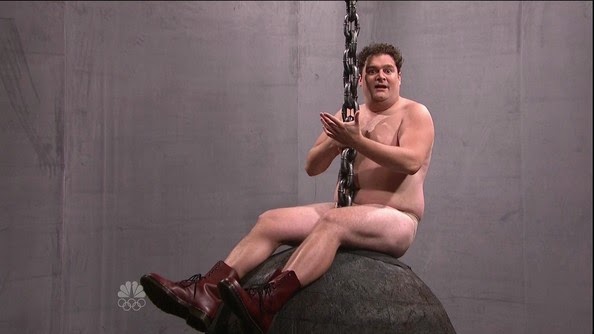 Not quite the visual you were looking for first thing in the morning?
Now imagine you need to make a 20 meter circle at E. It’s going to taking a lot of energy to redirect that wrecking ball and as you redirect it, it’s going to lose some of the energy carrying it forward. The smaller the circle, the harder the initial redirection will be and, and the more forward moving energy will be lost during the redirection.

So what does this mean in terms of riding? Well I like to think of the “redirection force” as the combination of inside leg and seat bone that initiate increased bend, as well as the outside aids that hold the desired level of bend and initiate the turn. So the smaller the circle, the more redirection aids are needed. Then in order to keep your speed constant and not lose forward energy, a positive seat (and potentially leg if needed) must be employed.

For all you science nerds out there, I’ve left out the variables of mass and velocity to simplify the concept a bit, but if you knew to think of them in the first place, I’m sure you can figure out how they come into play.