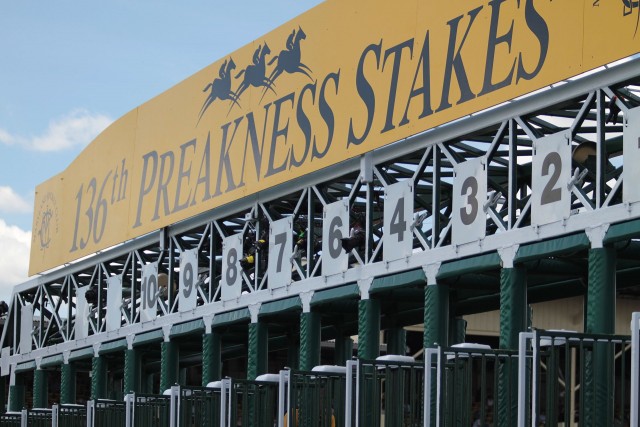 The Kentucky Derby winner is the favorite going into Saturday’s race. Here’s a roundup of the chatter surrounding American Pharoah – – and we want your opinion as well!

“It is hard to find fault with American Pharoah. He has won five straight races and vanquished a strong field in the Kentucky Derby. There is no reason to think he will not come out firing again on Saturday. From a bettor’s standpoint, though, it might be wise to look elsewhere. There is no guarantee that everything will go right for him again, and his odds are likely to be quite short.” —Victor Mather, New York Times

“American Pharoah, after the taxing Derby run, might be somewhat spent for the final drive to the Pimlico wire. Apart from having to break well from the rail, something that jockey Victor Espinoza has had problems in handling in the past, the Derby winner might also be harder used in a tougher early pace scenario.” —Brad Telias, Sporting News

“Pharoah is the best horse in the race, but that doesn’t make him a lock to win. Between the post position, possible fatigue from the quick turnaround and a great race from one of his counterparts, there are certainly pitfalls out there. But he’s clearly the one to beat.” —Tim Daniels, Bleacher Report

“Remember that Pharoah and Firing Line were nose and nose until Pharoah pulled away in the final one-sixteenth of a mile at the Derby. Remember also that the Preakness is a slightly shorter race … one-sixteenth of a mile shorter, to be exact. That doesn’t mean Pharoah isn’t the best horse in the race, but it appears that Firing Line is in the best position to win.” —Peter Schmuck, Baltimore Sun

“The Kentucky Derby winner has met every challenge in his short racing career—an injury, a sloppy track, wide post positions—and crossed the wire first in every race except his first, back in August of last year. The Preakness will throw another at him: can he overcome the dreaded inside post?  He did it winning the Del Mar Futurity in September, which offers his trainer Bob Baffert some hope that he can do it again.” —Teresa Genaro, Forbes

What do YOU think, Horse Nation?

Keep it locked on Horse Nation for all the latest Preakness news.