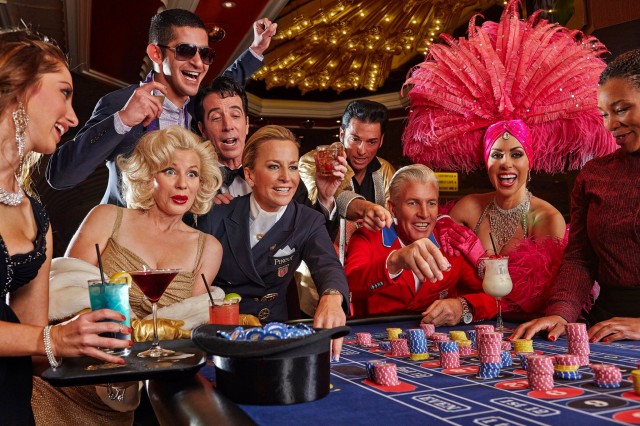 The FEI World Cup Finals, which are returning to the U.S. for the first time since 2009, kick off today at the Thomas & Mack Center in Las Vegas. Here’s the 411 on this sure-to-be-spectacular event!

The front of the @ThomasAndMack is starting to take shape for 2015 FEI World Cup™ Finals in @Vegas. pic.twitter.com/GOgS2jbTH1

Both events draw top competitors from around the globe, including a who’s-who of Olympic and World Equestrian Games champions. In dressage, Charlotte Dujardin and Valegro (GBR) will be defending their 2014 title against legends of the sport like Edward Gal (NED) and Isabell Werth (GER) as well as American favorites Steffen Peters and Laura Graves. [Dressage Competitors] The jumping lineup is star-studded as well, with a competitive U.S. team anchored by greats like Beezie Madden, McLain Ward, Rich Fellers, Todd Minikus and Laura Kraut. [Jumping Competitors]

It was another great day on Sunday as the U.S.-based jumping and dressage horses arrived in @Vegas. #Simon pic.twitter.com/3ZDDFoiFAP

Ticketing info is available here. All of the 2015 FEI World Cup Finals in Las Vegas can be streamed live online for a fee at any of the following websites:

Keep it locked on Horse Nation for updates throughout the weekend. Good luck to all the competitors, and Go Riding!