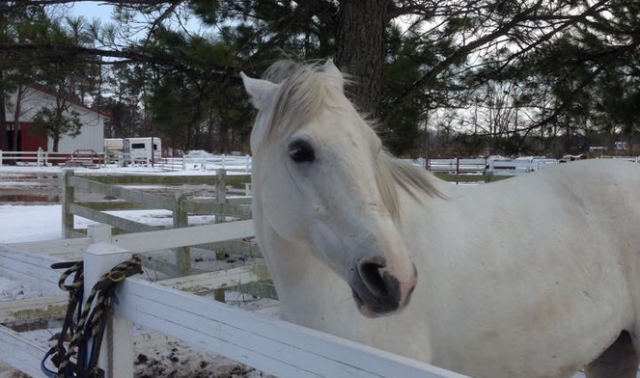 With over 100 entries for our Mare Glare Challenge, we decided to split the class … for everyone’s safety. Here’s round one, the Open Division.

This week’s 24-hour photo challenge received an overwhelming response of outrageous mare glares from every corner of Horse Nation. There were just too many good ones to pass up, so we decided to split the class and create a few special divisions in addition to the Open Mare Glare. Don’t miss the Best of Show collection yet to come!

Dana Peterson: “I get the joy of owning this mare. Classic red headed mare.”

Annie Snyder: “Velvet’s the master of the Mare Glare and she’s only 3”

Susie Miller Ward: “Mary has the mare glare down pat! She thinks she’s the only one worthy of being petted.”

Max Rooke: “After spending most of her life as a show horse in limited, single turn out, Rainy pony has finally learned to be a mare”

Josie Laforge: “Clementine. Bratty at home and at shows.”

Gabby Thompson: “Lindy has a pretty bad mare glare in her for being 25 years old!”

Cassie Kendra Tacker: “Contesa. That made was so bad, but I was crazy about her.”

Horse Nation wants to see a #mareglare? This lovely lady may be named Pretty, but don’t get on her bad side if you want her to STAY pretty… #horsenation A photo posted by Katie Livingood (@kklivingood) on Apr 7, 2015 at 11:34am PDT

Kassie Strohmeyer: “Lil Bit didn’t like Popeye coming near her while she was trying to nap.”

Christy Castle: “Josie is NOT a fan of my yearling filly. In any way shape or form.
The only thing she hates worse is pictures haha”

Regina Swanson: “And here she is furious that it’s snowing…”

I thought it would be cute to have a friend take a picture of Krikit and I while she was relaxing in the field. She thiught otherwise. #horsenation #sassymare #marestare

Meredith Lynne Conrad: “My mare lives in a mare only herd.. I’d say she’s got the look down”

Rachael Mikelson: “She always gives my little man this look…”

Annie Elizabeth Aquino: “Believe it or not she’s made nastier faces!!!”

Keep an eye out every Tuesday for our 24-hour photo challenges! We announce via Facebook and Instagram (@thehorsenation) so make sure you’re following both.