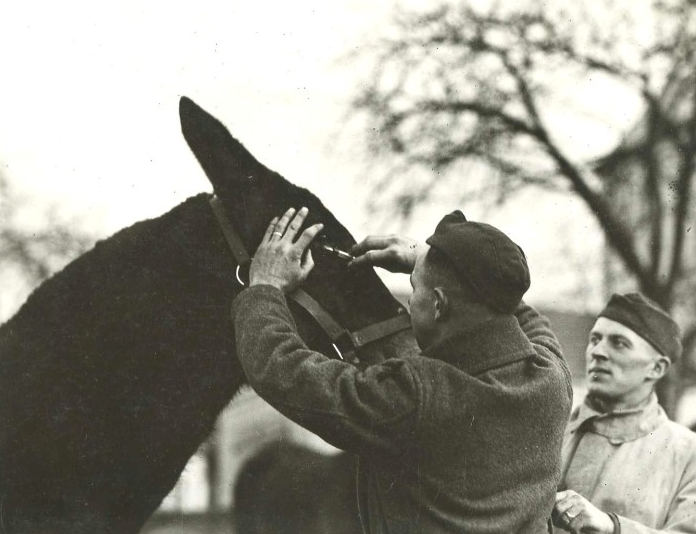 A Mexican stray donkey has tested positive for Glanders according to the Texas Animal Health Commission.

Warning: Some readers may find the following images disturbing.

A USDA mounted quarantine enforcement inspector recently apprehended five Mexican stray donkeys along the Mexico-Texas border north of Presidio. The donkeys were transported to the USDA Presidio holding pens where they were isolated from contact with other animals. One of the five donkeys subsequently tested positive for Glanders.

“It is imperative that we remain vigilant in protecting our borders from disease intrusions such as Glanders,” Dee Ellis, DVM, state veterinarian and TAHC executive director. “Mexican strays continue to pose a huge threat to Texas livestock and to our animal agriculture industry.”

Glanders was once prevalent worldwide, but has been eradicated or effectively controlled in many countries, including the United States. The last naturally occurring equine case in the United States was in 1942. Source: TAHC

Horses are infected by close contact with other infected horses, especially through shared water, feed troughs and nuzzling. The bacteria can also be spread by fomites (non-living objects contaminated by infected animals), such as brushes and halters. Carnivores, especially cats, can get Glanders after eating contaminated meat. The organism can survive in a contaminated area for more than a year, particularly under humid, wet conditions.

What should I look for?

Long term infections can occur in horses. Infected animals may live for years and spread the bacteria widely.

Disease in mules and donkeys can start rapidly and can lead to death in one to two weeks after exposure.

People can contract Glanders from contaminated animals.  It is a very painful disease and can lead to death without treatment.

What should I do?

Contact your veterinarian immediately. Glanders is not currently found in the United States; suspicion of disease requires immediate attention. There is currently no vaccine or treatment against Glanders. Animals must be immediately isolated and euthanized.

The mallein test is a sensitive and specific clinical test for Glanders. Mallein, a protein fraction of the glanders organism (Burkholderia mallei), is usually injected by an eye-drop. If an animal is infected, the animal will show swelling in the eye from around 48 hours of injection and may be accompanied by secretion and conjunctivitis.

During World War I, Glanders was believed to have been spread deliberately by German agents to infect large numbers of Russian horses and mules on the Eastern Front. This had an effect on troop and supply convoys as well as on artillery movement, which were dependent on horses and mules. Human cases in Russia increased with the infections during and after WWI. The Japanese deliberately infected horses, civilians, and prisoners of war during World War II.

The U.S. studied this agent as a possible weapon in 1943–44 but did not weaponize it. U.S. interest in Glanders continued through the 1950s, except it had an inexplicable tendency to lose virulence in the lab, making it difficult to weaponize.