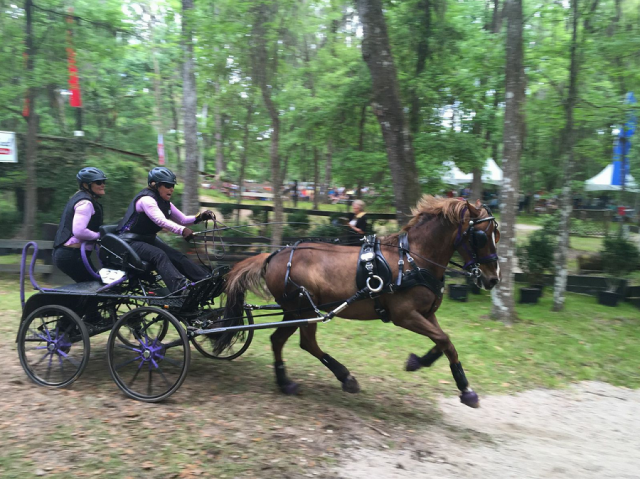 World-class combined driving is center stage this week at Live Oak International, taking place March 18-22 in Ocala, Florida. Lisa Lach brings us a report from the third day of competition, which included marathon driving and and the CSI**-W Grand Prix 1.60m.

Guys, I’m officially ready to hop on a cart and hit the marathon course. Today was so exciting at Live Oak! The ponies especially were ripping through the obstacles, and Chester Weber showed once again why he’s one of the best in the world.

We spent most of the day at The Gulch, a wooded obstacle that included winding through trees, going over and under a bridge, and many very tight turns. There were a few hairy moments, but for the most part the drivers hit it hard and executed their plans very well. The pair ponies in both the FEI and the Intermediate were nuts. They cruised through the obstacle practically at a dead run the whole way.

Boots Wright had a very fast round for the Intermediate Pair Pony and is holding onto her lead by a hair. Sarah Bates is right on her heels, with less than half a point separating them going into cones. The FEI Pair Horse division is also very exciting, with just 3.34 points separating all three competitors.

On the other end of the spectrum, Chester Weber leads the FEI Four-in-Hand Horse division has a comfortable 38.39 lead over Allison Stroud, who overtook Misdee Wrigley-Miller in the marathon.

With cones up next, there are some tight races to be decided! Just as in show jumping, cones asks technical questions. If drivers knock a ball off a cone, they receive three penalties. As the final phase, it should be a very exciting day.

Side note: while I was very impressed with the drivers today, it was almost as fun watching the navigators actively participate by working to counterbalance the carriages and help the drivers through the obstacles.

Almost immediately following the marathon, the CSI**-W Grand Prix 1.60m began. It was a very tough course, given that it was the final chance for riders to shift the points to qualify for the World Cup next month. Not one rider went clear until Beezie Madden and Vanilla, and it seemed that she would take it outright until the final rider, Cian O’Connor, came out with Good Luck. This horse can seriously jump. From our vantage point, he was clearing the jumps by at least an extra foot. It’s pretty amazing, considering O’Connor only found Good Luck in November.

“He’s very careful, he’s super careful and has a huge jump…This is by far his biggest performance and best result. He’s coming together and get more rideable,” O’Connor said.

So, we were treated to an exciting jump-off between Beezie and O’Connor. Beezie had a beautiful, fast ride until the second-last fence, where she had a rail down. That took the pressure off of O’Connor, and he had a clear round to take the class. In third was Kirsten Coe, who rode clear but with 1 time penalty. Both she and Beezie will be representing the USA at the World Cup in April.

The top three commented that the course was appropriately tough for the World Cup point maneuvering.

“This was a long four days sitting here waiting for this one class,” Coe said. “It was all by one point, so there were about four people who needed to have first place points to beat me.”

Good luck to all the riders headed to the World Cup in Las Vegas in April — we’ll be cheering for you, especially Beezie and Kirsten! 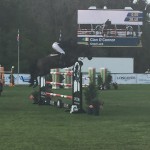 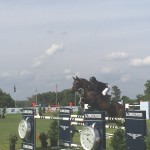 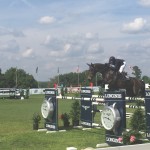 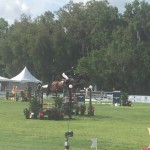 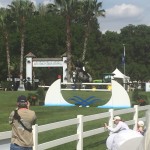 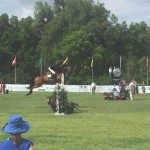 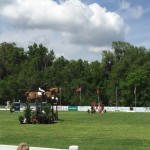 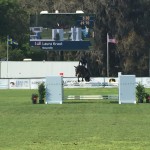 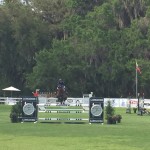 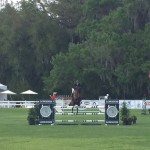 Lisa Lach has been riding for 17 years in a variety of disciplines. She currently rides at Lakefield Farm in Grafton, WI, where she competes in the hunter ring and rides anything she can get her hands on. In her free time, she works at her small equine industry marketing business, Top Line Marketing, and blogs at Centered in the Saddle.

Want to learn more about the sport of combined driving? Here’s a primer.
Tweet