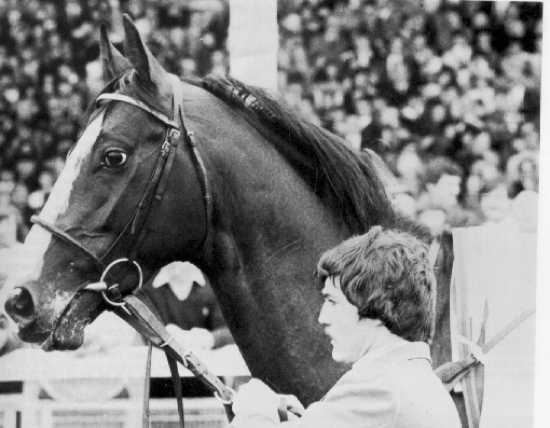 The story of a valuable Irish racehorse who was abducted, never to be seen again, continues to baffle.

Shergar, winner of the 1981 Epsom Derby by a record-setting margin of 10 lengths, was named European Horse of the Year in 1981 and retired a legend shortly thereafter.

Owned by the billionaire businessman the Aga Khan, he was worth £10 million ($16 million), around £28 million ($44 million) by today’s standards. Post-retirement he stood at Ballymany Stud near The Curragh in County Kildare, Ireland, for two years… until, one winter night in 1983, the horse was stolen by masked gunmen.

After stealing the horse, Shergar’s abductors demanded a $2 million ransom for the horse’s return. A negotiation was unable to be reached, and the last time they were heard from, the abductors claimed the horse was dead. Truth or deception, Shergar was never seen again.

Of course, there’s more to the story — and that story is much bigger than a horse.

Shergar was the pride of a country ravaged with violence between nationalists and unionists in the north competing for political power.Many believe that the Irish Republican Army (IRA) was responsible, although they have never officially been charged and the horse’s remains were never found.

Shergar’s disappearance had a profound effect on racetrack security and his story was the subject of a feature film, Shergar, starring Ian Holm and Mickey Rourke. Horse Nation film critic Amanda Ronan penned a review of it here, and you can watch the film in its entireity below: