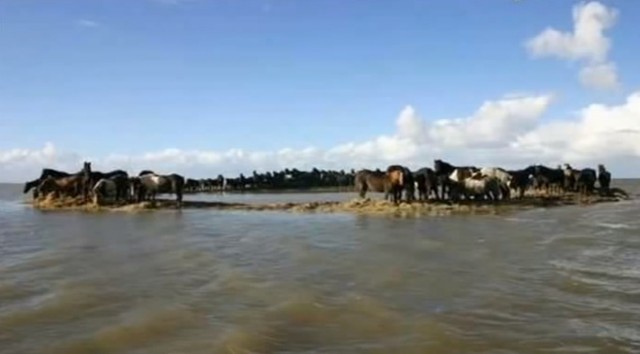 Throwback to 2006: Anyone remember this amazing rescue of 100 horses from their flooded pasture? 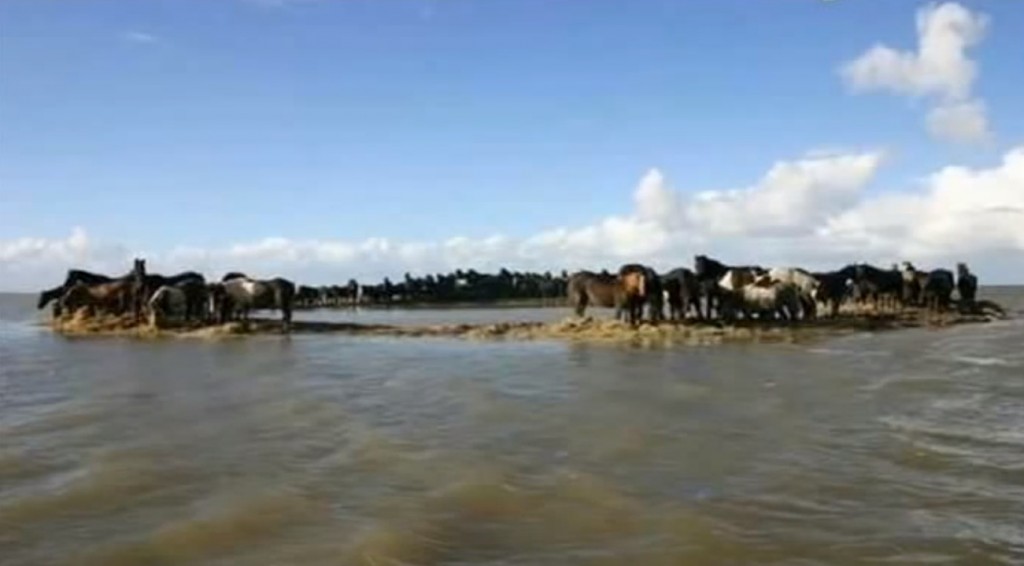 In late October of 2006, an intense storm flooded the northern sections of the Netherlands, with the storm surge actually pushing the North Sea inland. Over 100 horses became stranded in their pasture about 90 miles northeast of Amsterdam, clustered on a tiny “island” of land that remained just above the brackish floodwaters.

For three days, the horses huddled together as wind-driven waves lapped at the edges of their sanctuary; 19 reportedly drowned or died of exposure while rescuers scrambled on dry land to try to find a way to get the herd to safety. Previous efforts had been mildly successful, with fire crews able to float or ferry 20 horses including small foals to safety — but the remaining 100 or so horses were still stranded.

When floodwaters began to recede, the fire crews and volunteers formed a plan: a group of riders would take their horses out to the herd and attempt to lead them back through the water to dry land. Boat crews shuttled hay and fresh water to the horses to keep them alive and bolster their strength for the rescue attempt. The riders headed across the channel on a carefully-marked route: the fields were crisscrossed with drainage channels and fencing, which could become lethal traps when hidden under the water. 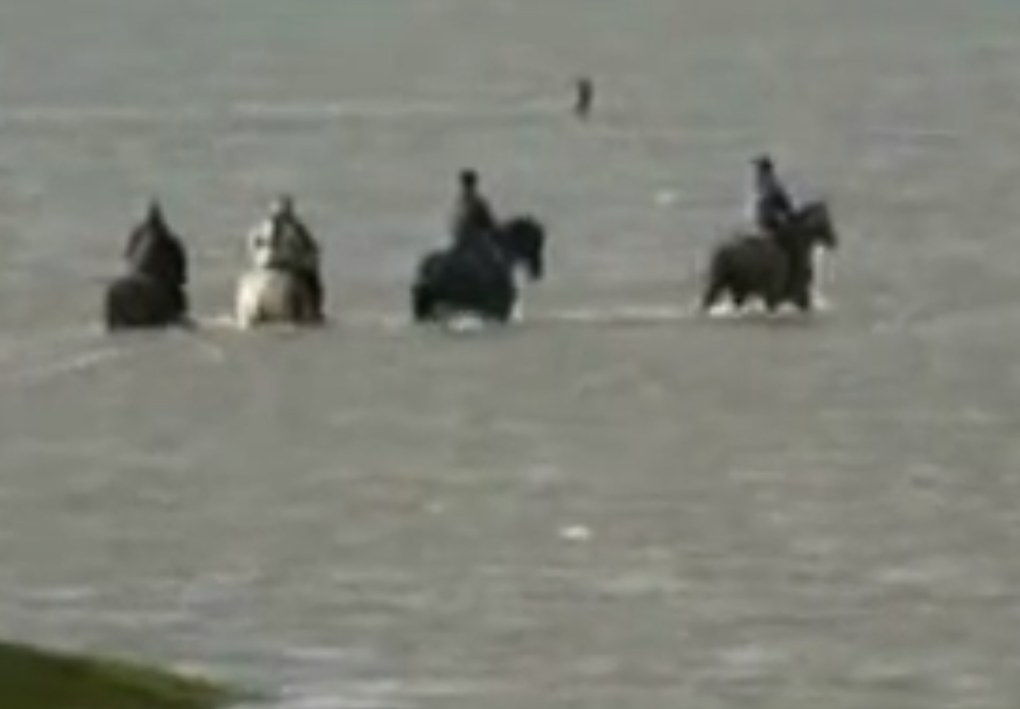 As anxious onlookers, volunteers and veterinarians waited on the dry landing, the six horsewomen — Susan Fransen on Blizzard, Micky Nijboer on Berber, Antje Dijkstra on Humphrey, Hinke Lap on Guinever, Christina Stormer on Perfeft and Fardow de Rueter on King — made their way through the waters to the gathered herd. When they reached the horses, something amazing happened:

Every horse on the island but one made the crossing; the last horse was led across later to join the herd. Despite their exhausting slog through the water and their three days of near-starvation on their tiny sanctuary, the horses burst into a canter as they reached dry land, as if in joy at simply being alive. If your eyes are tearing up as you read this, sorry, not sorry — so are mine.