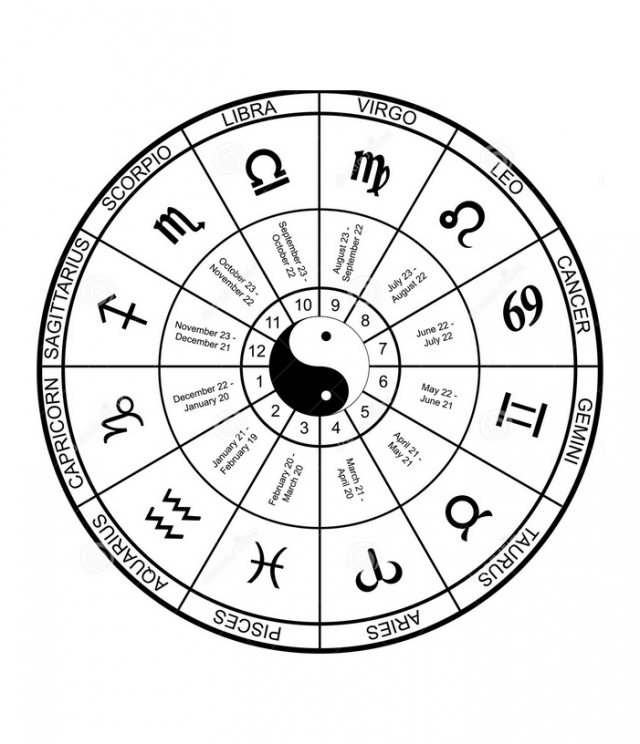 If you own a Pisces mare, you better hold on to your britches.

March Horse-o-scope: The sun is going to get all crazy up in here on Aquarius this month and make your equine twin flame glow with all sorts of positive energy. Have you been considering a change in discipline, trainers or boarding situations? Now is the time to do it. Want to start adding garlic to your baby’s special snack and see if it helps his glowing complexion? OMG, for once, he might actually let you do it without pitching the Aquarius diva fit of a lifetime. Basically, you have a free pass to try new stuff without the threat of ‘death by pony.’ Unless your horse is literally a pony, and then proceed at your own risk. Also, shifts in a distant supernova suggest wearing bell boots. Sparkly boots preferred, but not mandatory.

March Horse-o-scope: Oh, I’m so so sorry, Pisces horse owners. As far as the horse is concerned, March is going to be awesome, because the unique lunar positioning and lack of a celestial leader in the water trigon means that their finances are going to skyrocket. And by their finances, we mean the money you’re going to spend on them. Mares will be particularly terrible (springtime intrauterine devices, anyone??), but your gelding is almost certain to randomly pull a shoe the day after the farrier comes (or something comparably aggravating and expensive). For a lucky few, the expense will have been part of the plan all along, like a new sheet for the upcoming show season! (So you might as well throw a pair of breeches into your SmartPak order for yourself while you’re at it.)

March Horse-o-scope: Venus is out to eat your horse for breakfast. Just saying. Your horse will know it, and you won’t be able to ignore it. Somewhere in the midst of your otherwise very productive-looking month, there is a dark force — possibly a person, a training implement, a passing plastic bag or another horse who is working under the influence of Venus. Unfortunately Venus, a la Gretchen Wieners, totally thinks we should just stab Aries. The good news is, I warned you! Once you’re on the lookout for this venomous player, you should be able to help your star-crossed horse lover overcome this shadow, and ultimately make a lot of progress in your relationship and training in March.

Detail of “Abduction of Europa” by Rembrandt, via Wikipedia

March Horse-o-scope: Taurus horses are going to be kicking @$$ and taking names in March. This is excellent news, as long as your beloved doesn’t consider you the enemy. If your relationship is strong, you guys will be going more places than Kim and Kanye at Fashion Week. But if you’re on the outs, be prepared to fall victim to an animal completely convinced of their own invincibility and the power of the planets behind them. Yikes. Either way, with this amount of ferocity and enthusiasm, this is definitely not the month to forego the helmet. You might even want it for lunging. ‘Keep up or get off’ will be your equine’s mantra, and I would highly suggest keeping up.

March Horse-o-scope: Your psychedelic schizophrenic Gemini has three words for you this March: ROUTINE, ROUTINE, ROUTINE. No skipping steps or playing hooky from your barn schedule this month; if you do, you’re going to wake up and find that the less crazy side of your horse packed up and moved to Corpus Christi without so much as a Dear John letter. That being said, if you do your homework and show up for your barn BFF, a once-in-a-lifetime opportunity may present itself on or around the ides of March. TAKE IT! Whatever it is, take it. It might sound crazy to take the unexpected open slot on the upcoming Lucinda Green clinic, but we promise, it’s gonna pan out. Or at least, it will for your horse. So read the signs carefully, as this could mean that your horse will jump at the once-in-a-lifetime opportunity to totally embarrass you in front of Lucinda Green. I guess that’s between you and your Gemmy.

March Horse-o-scope: This impacts you the rider very little, but if your horse lives in a turnout scenario, she is going to make a legitimate push to move up a notch in the pecking order, and will have the positional powers of Jupiter behind her, so the outlook is good. This may impact your training relationship to some extent, because she’ll be feeling a little extra sassy, but ultimately, Cancers know their place and will respect an authoritative rider regardless. If your horse does not have turnout, there will be some other relational forces at work that she’ll be working to overcome. It’s in your best interest to encourage it — let her envision herself as Queen Bey for a few days and the confidence may positively influence your training. Mars is rolling low and angry though, so keep an eye out for deadly rusty nails, sharp edges and murderous baling twine out to ruin March for your equine partner in crime.

March Horse-o-scope: Ahh, the horse Leos. Almost always accidents of nature and runaway stallions. For your Leo to succeed in March, you’re going to have to dig into the details. Break stuff that was already breaking and build it back up in your training routine, or pay a brutal price. Neptune says your horse’s right side is stiff, and needs a massage. I totes agree with Neptune. Get that stuff sorted out and get back to work on suppling and bend. Also, the Cancers are going to be all up in Leo’s grill, so watch out for that and be ready to play referee for your little late summer miracle.

March Horse-o-scope: I mean really, how are horses born in August? But according to the Internets, it happens. And the stars are ready to tell you all about it. Something has been bothering your Virgo for awhile now — maybe a stiff joint, an ulcer, or resistance to moving up a level in training or giving in to a training concept. But this March, there’s a window wherein they’ll be willing to let it go. ATTACK THIS PROBLEM! Even crazy stuff — like horses with voices in their head telling them that the far end of the indoor arena with the creepy sunny window is actually a portal to Hell — can be conquered with a little ingenuity on your part. Go forth and conquer thine fears, Virgos!

March Horse-o-scope: You actually have a Libra, huh? I’m not even going to ask. Point is, your poor Libra is totally directionless this March. Jupiter is blocking Saturn, the sun is blocking the moon, blah blah blah. The point is, your horse is pretty much cut off from the Universe right now. Be prepared for a suicidal stop or two on the jumping course, or a general dullness and listlessness with no veterinary explanation. They’re going to be feeling a little bit like the sad quiet guy in the office that you heard jumped from the uptown bridge, and that’s pretty much all you ever knew about him. So spoil your baby this month. Let him know he’s the center of YOUR universe, no matter what the planets say.

March Horse-o-scope: I’m actually dying to know if someone with a Scorpio horse is reading this! Give us a shout out in the comments, will you? Should you be so lucky as to own a Scorpio, this is going to be a very positive training month for you. She’s going to eat up new ideas, particularly really structured and technical training. You could make some huge strides in March, maybe even jumping up a level in your discipline if you devote yourself to your craft right now. The moon is going to do some weird stuff towards the end of the month that could set your Scorpio into a little downward paranoia spiral, but push through fearlessly and you should be able to continue your positive training trend.

March Horse-o-scope: Not to freak you out or anything, but your Sagittarius is going to be extremely vulnerable to antagonistic forces in March. Remember that time Katy Perry found out via Twitter that her husband dumped her like a bad habit? Like that, but worse. Not pretty. It’s definitely an animate force — no scary jumps or sinister plastic bags in this case. It could be a trainer having a bad day, a distracted farrier or worst and most likely of all: you. If you’ve got baggage at the barn, leave it in the parking lot and be your Saggy’s advocate. Be ready to go to bat for your boo, and be ready to put yourself in time-out if you’re the one grinding his gears.

March Horse-o-scope: Jupiter is going to be trying to dole out all sorts of chaos to your Capripony, and things are going to get weird. She may do extremely irrational and out-of-character things, like swallow a hoof pick, paw in the cross ties or might even start liking dressage. I know. Keep your stuff out of mouth’s reach, and be prepared for a weird month, and you should at least be able to avoid the vet bills. In the training ring, there will be a thin line between passion and aggression, so try to keep her emotions as stable as possible. Now is not the month to pick a fight, lest she decide to use her force of chaos to stop drop and roll in the middle of a gridwork line.