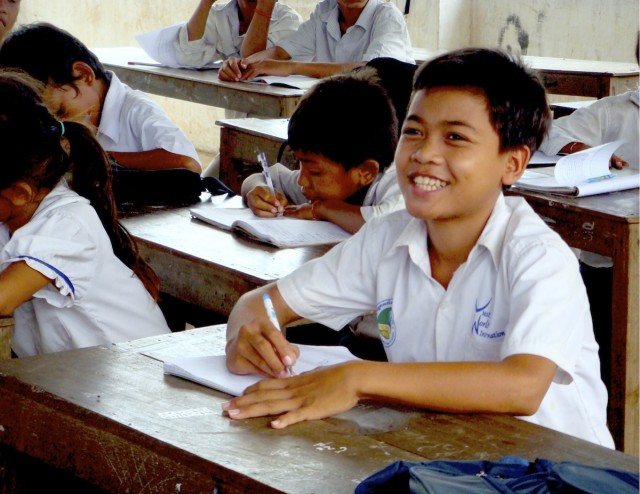 Each Friday HN teams up with Ovation Riding to spotlight an individual or organization that is going good work in the horse world. This week we salute JustWorld International.

Each week we recognize an individual or organization that is doing good work in the horse world. This week we salute JustWorld International.

While many people told me I was crazy to think that my fellow equestrians would be interested in changing a world from which they were so far removed, I believed otherwise and chose to persevere. During my years as an equestrian, I met many compassionate, caring, and generous people who I believed, like myself, would want to make positive change in the world.
(JustWorld International founder and executive director Jessica Newman)

JustWorld International was founded on the belief that equestrians, by their very nature, have the skills and talents to join forces and effect positive change in the world. After accomplishing her personal goals in a fulfilling equestrian career, founder Jessica Newman turned her personal drive and motivation towards helping others: She headed to Honduras with a non-governmental organization (NGO) to lend a hand in reconstruction after a major hurricane. In Honduras, Newman was shocked by the extreme poverty and heartbreaking conditions, especially experienced by children. In her words, “I was no longer in the privileged and protected environment of the equestrian world.”

Upon returning home to the United States, Newman focused her attention on ways to share her experience with other young people to encourage them to make a difference around the world. She decided to bring her efforts to the equestrian world with which she was so familiar, and JustWorld International was born.

Since its inception in January 2004, JustWorld International has raised over $8 million for children in developing countries. Newman was immediately approached by professionals and juniors alike who wanted to help. The JustWorld Ambassadors program grew quickly, now including over 500 riders from all over the world who both raise awareness about JustWorld and fundraise to continue supporting international projects. (You may have seen the distinctive bright blue and purple coats in the arena–that’s the official mark of a JustWorld Ambassador!)

JustWorld International works with local NGOs in impoverished countries around the world to provide financial resources and support. Contributions also go directly to schools, health centers and community initiatives in these countries.

JustWorld International’s fundraising efforts are varied. Individual international events contribute funds or support in multiple creative ways, but JustWorld’s own fundraisers include an annual gala held in conjunction with the Winter Equestrian Festival in Wellington, Florida as well as their famous horseless horse shows. The ambassador program works twofold to raise awareness as well as funds–each ambassador makes an annual donation or donates part of their horse show winnings.

A student in a new school in Cambodia. Photo by Ian Kydd Miller, courtesy of JustWorld International

Many of the ambassadors join the JustWorld staff to travel to the countries around the world that benefit from their help, working directly in impoverished areas to lend a hand with major projects but also simply to meet the people they work so hard to support. Newman’s dream of helping empower her fellow equestrians to affect real, positive global change is flourishing better than ever.