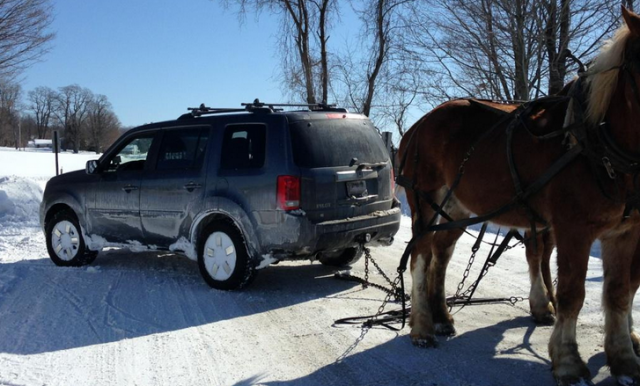 When you’re stuck in the snow, there’s only one kind of horsepower that can help you–actual horsepower.

Even in today’s technology- and engineering-driven world, there are times that you just have to go back and do things the old-fashioned way. Winter, unfortunately, seems to be one of those times. Horses may have been replaced by the combustion engine a long, long time ago, but I think it’s safe to say that horses are getting the last laugh on us.

This team, named Iceman and Mario, make it look easy:

According to this next video’s description, this is what happens when Floridians drive in the snow. My favorite part is when the guys trying to get the truck out cry “but he doesn’t have a tractor or four wheeler to get it out!” Don’t worry, because these Percherons have got ya covered, and make it look like the truck was hardly stuck in the first place with the speed at which they get it rolling.

In a weirdly full-circle kind of moment, this four-up is pulling its OWN truck and trailer up a snowy incline…maybe just drive the horses there directly next time? Either way, this is really impressive. (Note: must be logged in to Facebook to view.)

Now that's true HORSE POWER! Watch as the horses pull their own stuck trailer and truck up the snowy lane. #IceBall Follow the Steger Wilderness Center for more inspiring videos.

These photos were taken in 2016 by Amy Snyder, an occupational therapist making a house call to an Amish family in rural Hartfield, New York. Her car got stuck in the unplowed driveway, and the tow truck driver admitted that he wouldn’t be able to make it up to pull her out–so the family hitched up its team and went to work, getting her back on the road in just a few minutes. 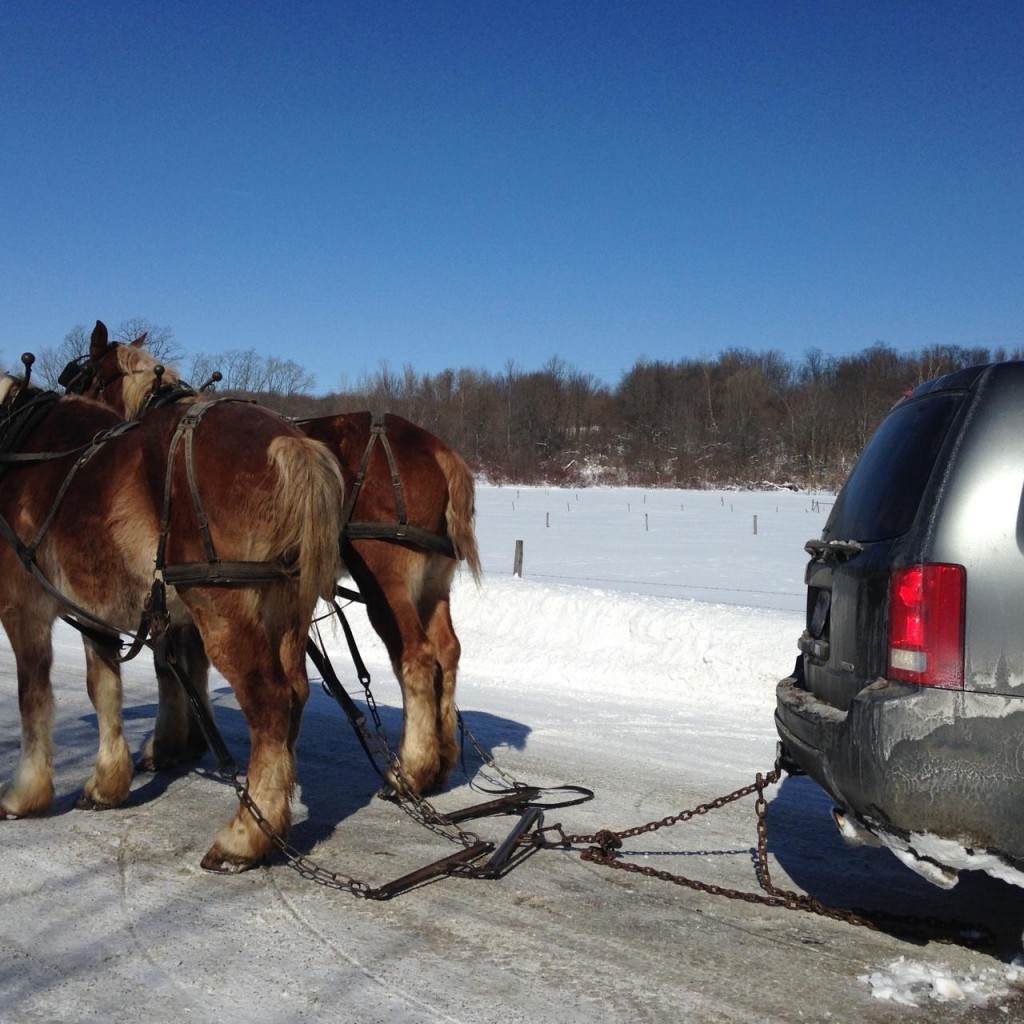 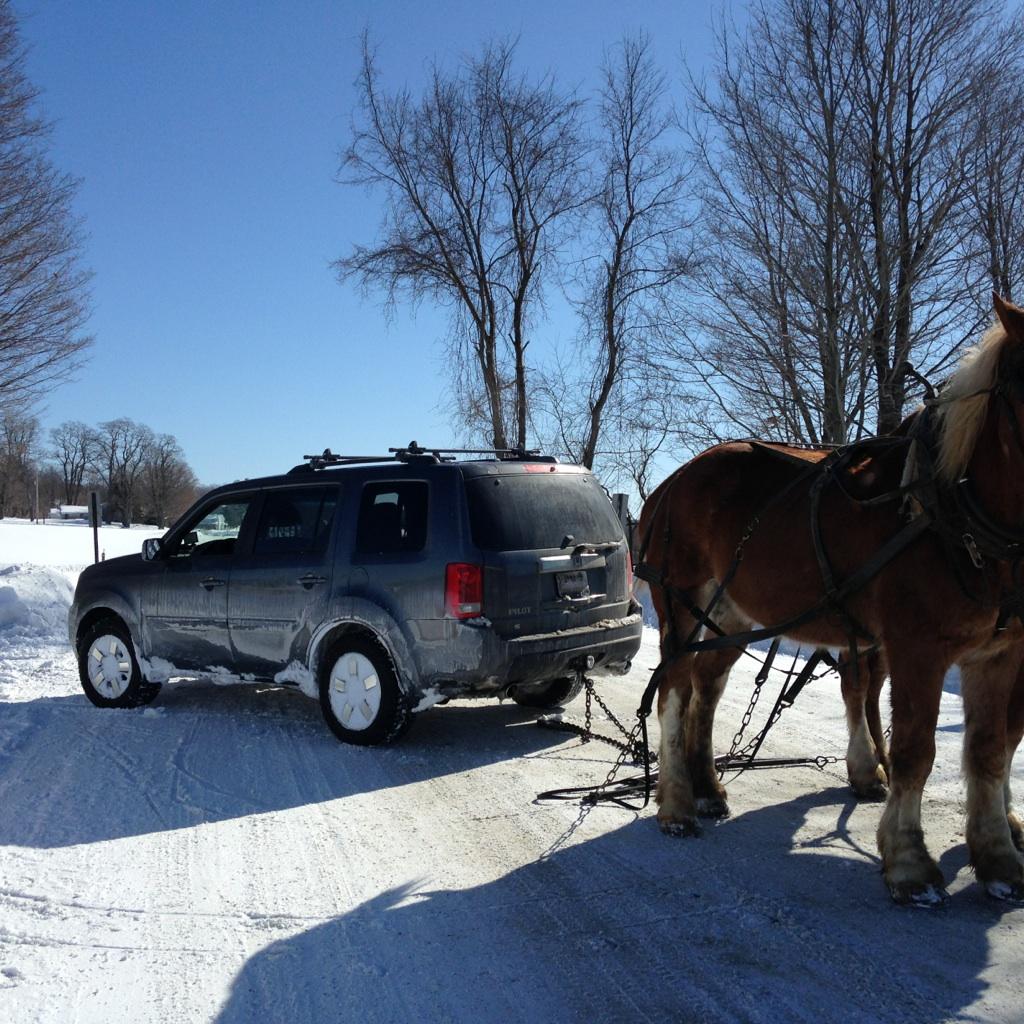 The next video in our collection has been making the Internet rounds for a few winters, and is arguably the most impressive horses-saving-trucks video in existence: this four-abreast pulls a dairy tanker out of a snow drift. It’s certainly not easy for the horses (there’s a few scary slips on the slick surface, but everyone keeps their footing) but they get it done.

This team doesn’t even have to hardly dig in to pluck this reasonably-priced car out of the snow. They come to the rescue literally with bells on.

Nothing like using your “horse power” to pull out a stuck car! Fun times in snowy Sandy Ridge!!

And to wrap up our collection: this video has been going viral for a few days now, featuring a team of pulling horses bred and trained for heavy loads helping a stuck truck get some traction on a snowy road.

Pair of horses pulling a semi-truck up a driveway

A pair of hardy Belgian draft horses pulled a semi-truck and trailer up a steep and icy driveway in south Minnesota; after the truck got in a bit of trouble trying to make the journey.

Posted by WeatherNation on Friday, December 7, 2018

Draft horses: the best tow truck you could ever ask for.

Horse Nation, have you ever needed a draft horse rescue? Share your stories and photos!