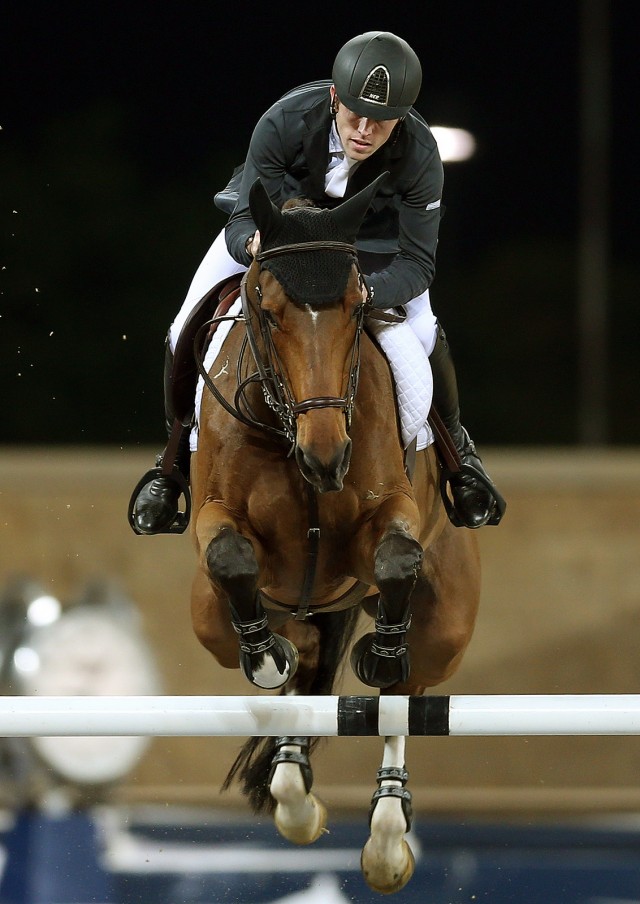 And you can get tickets for FREE!

Kind of like the so-called World Series in baseball, the Longines Global Champions tour is the creme da la creme of international show jumping…but the name was perhaps a bit misleading, since the tour was based heavily in Europe with just two stops in other continents (Doha, Qatar and Shanghai, China.) With the 2015 addition of a new event in Miami Beach, the Global Champions tour inches closer to true world show jumping domination.

Now, I’m guilty of really not following a lot of international grand prix developments–perhaps because the tour itself seemed to be one of those things that was so extraordinarily elite that it had to be held thousands and thousands of miles away. I hope to not make myself sound so narrow-mindedly American that I’m only interested in things happening on our home soil, especially considering that there are plenty of American riders who compete on this tour (McLain Ward, Laura Kraut, Reed Kessler, just to name a few.) But something about the international show jumping scene just struck me as so upper-crust that a good ol’ working-class girl like me had a hard time getting excited about it.

Wait, did that guy do what I thought he did?

Thanks to this trailer, there’s actually no better time to decide to become a show jumping fan: admittance to the Miami Beach event will be free for grandstand seating on a first-come basis. So that’s an amazing opportunity to watch the best in the world kick off the 2015 Global Champions Tour for three days of competition without shelling anything out for tickets. (Paying for your stay in Miami Beach might be another story, but hey, free tickets are a good start.) For those of us who have to stay at home, it’s possible to watch all fifteen of the tour’s events live through GCT-TV, the tour’s own live-streaming coverage. Between events, GCT-TV will feature recorded interviews and behind-the-scenes stories about the competitors. Learn more about the entire Global Champions Tour online.

In 2015, I resolve to be a better international show jumping fan. How about you?