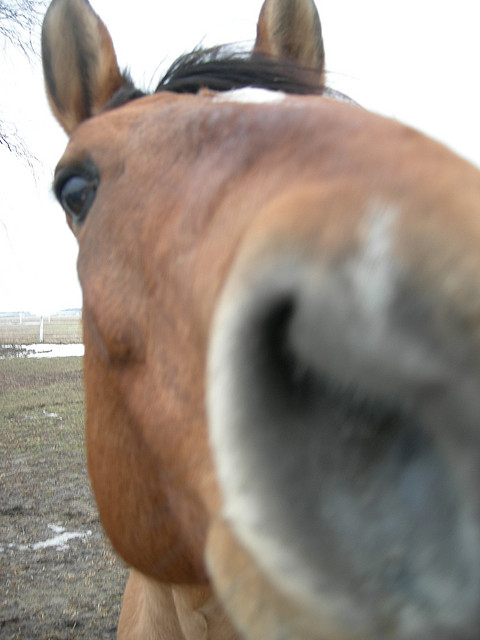 Hey, gotta make sure he doesn’t need help with any extra hay or anything…

Both are homebred Danish Warmbloods owned, trained, and ridden by Heather Blitz, a Grand Prix dressage rider. Blitz has competed all over the world, including at the 2006 World Equestrian Games at Aachen and the 2011 Pan American Games at Guadalajara. Paragon, the chestnut,  is her current Grand Prix mount, while Ripline is coming up the levels and currently competing at Fourth Level, though this weekend he just scored his first 70% in the Developing Prix St. Georges test at the Global Dressage Festival at Wellington.

Being 21st-century horses, naturally both Paragon and Ripline have their own Facebook and Twitter pages where you can keep up with their accomplishments and assorted hijinks.