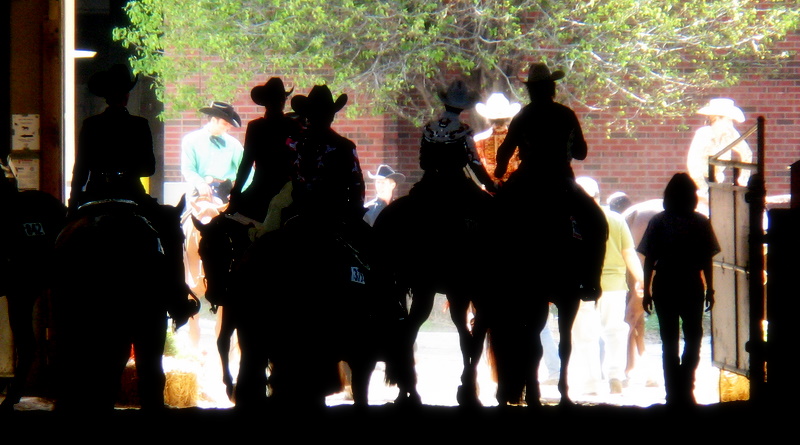 A group of concerned horsemen are raising their voices to demand reform to the Quarter horse industry in an effort to protect the horse we all love.

The American Quarter Horse Association is both a blessing and a curse: yes, it’s promoted a versatile breed and made it America’s horse, but yes, it’s also transformed the showing of that breed into something almost unrecognizable to other facets of the equestrian world. Reforms are finally coming to the way the horses are actually going in the show ring, intended to reward more of the natural, forward going and less of the overly-collected and frankly unnatural-looking movement common especially to the western pleasure ring. Of course, the AQHA is not unique in this — other disciplines are coming under fire for exaggerating certain aspects of the animal, from the too-fat arena-only hunters to the questionable ways big-lick gaited horses make it to the show ring. Even more troubling are the abuses going on right at the horse show, everywhere from the barn aisle to the practice pen.

But while the AQHA does not stand in alone in having these issues, it’s expected to help lead the way in this country for reform as the largest single-breed registry. And finally, a group of concerned horsemen have banded together to tell the Association that they’ve had enough. The Protect Them Coalition is calling on the AQHA to make changes to its rules, especially regarding the penalties for abuses in the name of training.

The Protect Them Coalition has sent proposals to the AQHA in anticipation of the annual convention to be held in March where rule changes are discussed and voted upon. Most of the proposal deals with the management of inhuman treatment at horse shows, ranging from increasing the fines and penalties to offending parties to reforming the selection of show stewards who are responsible for reporting such inhumane treatment. “Inhumane treatment” in this case includes such things as excessive spurring and excessive jerking of the reins as well as certain training aids such as overly-tight cavessons and draw reins. While some rules, especially the outlawed tack, are easier to enforce, words like “excessive” make classifying inhumane treatment pretty subjective.

The Coalition points to a few facts, such as the more than 83,000 members that left the Association in recent years, to suggest that reform must be immediate and sweeping in order to help the Association retain its integrity and once more show itself to be a positive leader in the horse industry. Within the proposal is the suggestion for the creation of professional steward program (similar to one already in place by the USEF). Currently, stewards are appointed at shows and are usually trainers themselves — the proposal points out that this is similar to asking football players to referee their own NFL games. The proposal also calls for fines and penalties to be raised to the point that they place a real financial hardship on those found guilty of inhumane treatment in an effort both to make an example and to prevent such abuse ever happening again. High-level repeat offenders could even be banned for life. The Coalition states that the list of penalties should be published in the AQHA Handbook available to all members  — currently, the list of penalties isn’t publicly available.

As the Coalition states, there’s no logical reason that these recommendations aren’t already in place, other than the AQHA wishing to sweep the issue under the rug and allow such abuses to continue. The Association has been accused of being too political in certain cases, allowing high-profile trainers and judges to basically do whatever they want free from punishment. The Coalition is supported by the likes of Lynn Palm and Carol Harris, the latter already making waves in the AQHA for her public criticism of the directions in which the Association is going.

The issues raised by the Coalition are both complex and simple: horse abuse in the name of training and showing is wrong, and it needs to stop now. To join the conversation, learn more about the issues and add your name to the list of those in support of the Protect Them Coalition, check out the group on Facebook or email protectthem [email protected]