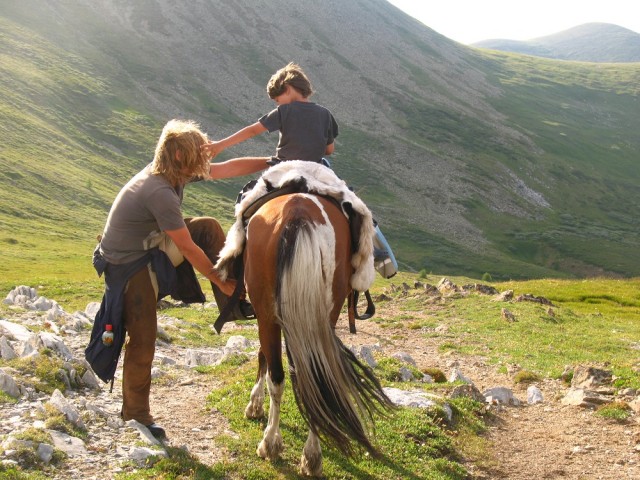 FEI TV catches up with Rupert Isaacson about the healing effects of horses on his autistic son.

Some years ago Rupert Isaacson and his wife embarked upon a quest to find healing for their autistic son, Rowan, that would taken them around the world. Their journey was launched by the discovery of Rowan’s profound connection with horses and that connection with the animals appeared to improve his condition.

Rowan Isaacson was diagnosed with autism in April 2004, at age two and a half. The charming, animated child had ceased speaking. He retreated into himself for hours at a time, screamed inconsolably for no apparent reason, flapped his arms and babbled. For the Isaacsons, as for so many other parents, autism seemed to have snatched away their child’s soul. Rowan’s parents, Rupert Isaacson, a human rights worker, author and former professional horse trainer, and Kristin Neff, a psychology professor, sought out the best medical care for him. But orthodox therapies had little effect on Rowan.

Then came the day Rowan ran away from his father, got through the fence of their neighbor’s horse pasture, and in amongst the hooves of the horse herd. Rupert had stopped riding since Rowan’s autism had kicked in, thinking it unsafe for his son to be around horses. Now he froze, heart in mouth, praying Rowan would not get trampled. Instead, the herd’s boss horse, a notoriously grumpy old mare named Betsy, pushed the other horses away, bent her head to Rowan, and began to lick and chew with her lips: the equine sign of submission. Rupert had never seen a horse voluntarily make this obeisance to a human being before. Something direct, something beautiful, was clearly passing between boy and horse.

So Isaacson began to ride with Rowan on Betsy every day, and Rowan—amazingly—began to talk, to engage with the outside world. He asked himself, was there a place on the planet that combined horses and healing? He did some research: the country where the horse was first domesticated, where the nomadic horse life is still lived by most of its people, is also the one country where shamanism—healing at its most raw and direct—is the state religion. Mongolia. What if he was to take Rowan there, thought Rupert, riding on horseback from shaman to shaman? What would happen?

In 2007 the Isaacson family decided to find out, traveling to Mongolia and embarking upon an incredible and enlightening journey from shaman to shaman — all on horseback.

Rupert wrote a book chronicling their experience,  The Horse Boy: A Father’s Quest to Heal His Son, which was published in 2009. It became a New York Times bestseller and was later made into a documentary film, The Horse Boy.

FEI TV recently caught up with the Isaacson family as part of their “FEI Equestrian Snapshots” series.

For more editions of the FEI Snapshots series, visit their YouTube channel here.